From the Twisted, Gay Mind of Ryan Murphy ... 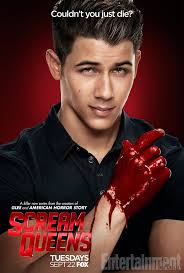 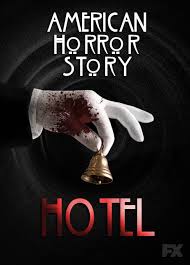 Earlier this year I wrote a post about gay personalities who at one point in their careers did something that turned them into villains.  Gay screenwriter/director/producer Ryan Murphy, the creative force behind Nip/Tuck and Glee, wasn't on this list.  However, there is something deeply disturbing about two of his shows currently on TV, American Horror Story (in its fourth season) and Scream Queens, that fetishize sociopathic behavior.  (He no doubt got a hard-on from movies such as Saw or Human Centipede.)  What's further troubling is that the entertainment industry enables his demented mind by airing these vile shows.  Because of my strong distaste for watching gratuitous violence as a form of entertainment, I've watched neither, but a few friends have filled me in on the sickening content.

It puzzles me that we recoil in horror at the real-life slaughter carried out on a regular basis in this country, or the atrocities that ISIS publicizes through social media, yet embrace fictional portrayals of inhumanity shown on TV (many of which are celebrated by critics).  Weren't gay men once celebrated for their style and class?  And while kudos go to Murphy for his gay storylines and homoerotic scenarios, this is neutralized when his gay characters end up being raped, impaled or sliced up with axes.  I suppose this is just another way in which LGBTs are assimilating into the general population (or lowering themselves into it).

Fast-forward to 2018.  In a captivating profile of Murphy in The New Yorker, he commented that now that he and his husband are raising children he was having second thoughts about the bloody violence shown in many of his productions.  That was encouraging to read, but his critically-acclaimed mini-series The Assassination of Gianni Versace, which aired shortly before the profile was published, continued his glorification of murder. 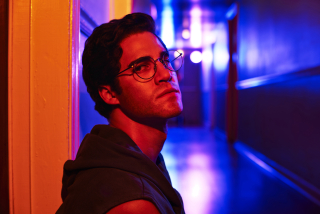 I prefer gay men and lesbians who use their talents to bring beauty and laughter to the world, persons such as Bob Mackie, Tommy Tune, Lily Tomlin, or Ellen DeGeneres, rather than assault viewers with the horrors of sociopaths Murphy revels in.  In a previous post I called Bravo's Andy Cohen to task for celebrating anti-social behavior with his dreadful Housewives of (Every City in America) series.  Yet, compared to what Murphy creates, Housewives is like The Brady Bunch. 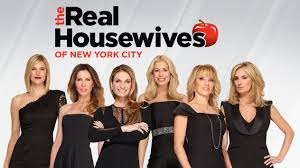