From the Twisted, Gay Mind of Ryan Murphy ...
Three Time's A Charm: The Wiz Live! Delights 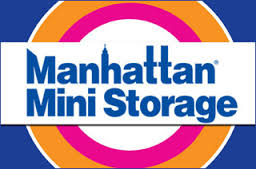 Ads for Manhattan Mini-Storage (found mostly on the sides of buildings and in subway cars) are known for being topical as well as possessing a New York City "edge" to them (bringing to mind ads for Kenneth Cole).  And quite a few have an amusing gay sensibility to them.  However, one of the company's new ads that I've been seeing in subway cars creeps me out.  It features a smiling gay couple who have a peculiar look to them, half Stepford Wives, half Madam Tussaud's Wax Museum.  (I believe the model in the red sweater is one of the company's customer service agents.)  Another aspect of the ad that drew my attention is the headline that reads "We Like Musicals".  They just "like" musicals?  That makes them even more peculiar. However, despite their off-putting look, this wax-like duo still exudes more sexual chemistry than Modern Family's Mitchell and Cameron.

One last attention grabber is found on the square ad format displayed in subway cars.  Unlike the ad above, this format (which I've zoomed in on below) shows their crotches, revealing quite a "package" on the Black partner.  (And as those who ride the subway know, you can be standing for a while, so you find yourself staring at what's in front of you and end up studying it closely.)