Three Time's A Charm: The Wiz Live! Delights
HIV Versus CTE: Reflecting On a Double Standard In Compassion

Demi Lovato's Song "Cool For the Summer" - How Did I Miss Its Sapphic Message? 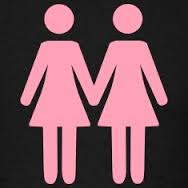 It turns out that one of my favorite songs of 2015, Demi Lovato's Cool For the Summer, had a bi-curious/lesbian theme that I was oblivious to.  I discovered this upon reading Entertainment Weekly's end-of-year review, months after the song was released (the magazine chose it as one of the top 10 singles of the year).  I thought it was just a song about generic, promiscuous boy-girl sex.  One lyric, "Don't be scared 'cause I'm your body type", puzzled me because of its awkward phrasing.  My interpretation was completely different from what was intended.  It turns out that Lovato was alluding to same-sex attraction when she sang "I'm your body type", but I thought she was simply referring to the type of body that a boy gets the hots over.  After learning of the song's intended message, lyrics such as "I'm a little curious, too" and "got a taste for the cherry" took on new meaning.  I've never thought of myself as being "out of touch" but that's the phrase that immediately came to mind when I discovered the song's true message.  No matter, I still love the song.  (And it's so much better than I Kissed A Girl.) 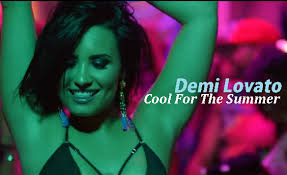 Tags: Cool For The Summer, Demi Lovato, most popular songs of 2015, songs with a lesbian theme