Demi Lovato's Song "Cool For the Summer" - How Did I Miss Its Sapphic Message?
The 12 Nations With the Sexiest Men - One Man's Opinion

HIV Versus CTE: Reflecting On a Double Standard In Compassion 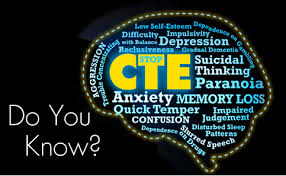 When AIDS was running rampant through the gay male population during the 1980s, the sentiment of the general public and government officials was largely one of "blame the victim" when it came to providing help or attention to those stricken.  "Why spend tax-payers dollars to help individuals who brought the disease on themselves?"; "They deserve what they got"; and "It's God's divine retribution for their immorality" were some of the common, uncaring responses.  Thirty years later I find myself thinking of those homophobic responses when reading about CTE, the degenerative neurological condition some players in the NFL have developed after years of sustaining concussions during games.  Because the affliction affects the world of football, which is arguably the national religion of the US, this condition has generated considerable attention - and compassion.  In contrast to the contempt gay men with AIDS encountered, few with CTE are pilloried for "getting what they deserve".  And, of course, no one would think of pointing fingers at the parents of players who enthusiastically supported their sons' activities since childhood.  I'm not suggesting these players should be shunned or not treated, it's just sobering to witness the contrast in the responses - pariahs vs. fallen heroes.