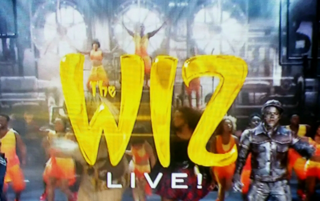 They say three times is a charm and, happily, that was the case with NBC's ambitious undertaking of producing Broadway musicals on live TV each year at the beginning of December.  After striking out with the The Sound of Music Live! in 2013 and then Peter Pan Live! in 2014, 2015's The Wiz Live! was a triumph.  (If a gay man doesn't gush about a musical, does it even exist?)  A vibrant and colorful production, the sets, actors, costumes, musical numbers and choreography were all top notch.  I never made it through more than the first 30 minutes of SOM or PP, but I've watched The Wiz three times (the same number of times I saw the theatrical version of Into the Woods at the beginning of the year).

The Wiz Live! had a supporting cast of well-known names, including Stephanie Mills, Ne-Yo, Mary J. Blige, Queen Latifah, Common, David Alan Grier and Elijah Kelley.  (My favorite was Ne-Yo as the Tin Man.)  Besides being a pleasure to watch, another difference this production had from its two predecessors was the casting of an unknown in the lead.  While the star power may have been the primary draw, Shanice Williams as Dorothy brought fresh energy, and even an occasional outburst of diva attitude.  (What a pity that her character was trying to get to ... Omaha!) 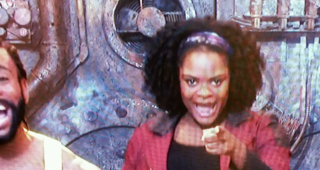 For me the musical's highlight was the middle portion when Dorothy and her buddies entered Emerald City and had their first encounter with the Wiz (played by Queen Latifah).  They first pass through a club in Emerald City that had a gay vibe.  Then there were the back-to-back numbers, the heart-tugging ballad What Would I Do If I Could Feel? sung by Ne-Yo's Tin Man and then a dance number Ne-Yo wrote for this TV production, We Got It. 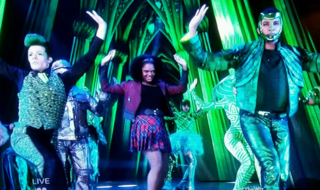 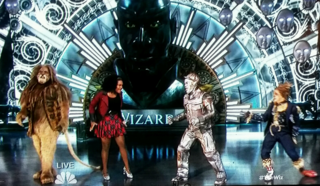 And here are some more favorite moments from the telecast ... 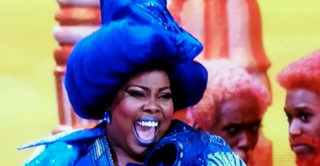 Amber Riley as the Good Witch of the North 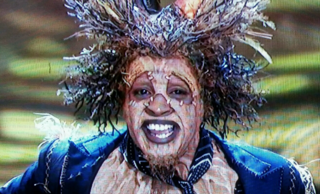 Elijah Kelley as the Scarecrow. Kelley also portrayed 'Seaweed' in the 2007 movie version of "Hairspray" One of the flock of crows who harassed the Scarecrow 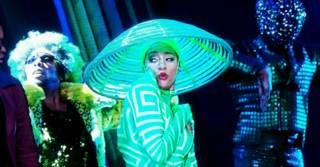 One of the oh-show-chic club-goers in Emerald City 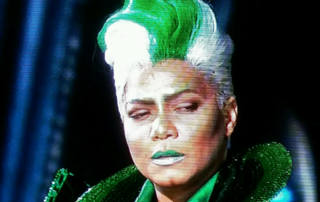 Queen Latifah as the Wiz 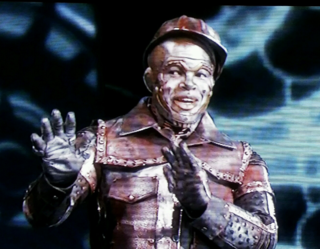 Ne-Yo as the good-natured Tin Man 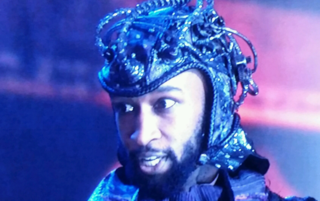 One of the Wicked Witch of the West's courtiers 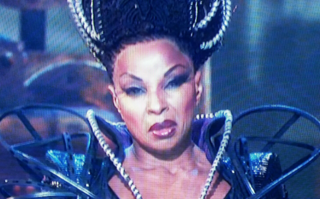 Mary J. Blige as Evilene, the Wicked Witch of the West 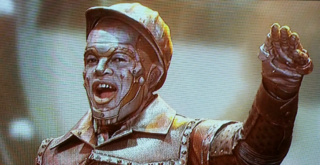 Upon their first encounter the Tin Man implored Dorothy to lube him up. And if oil wasn't available, Crisco would do! 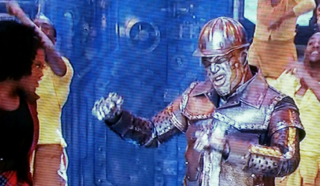 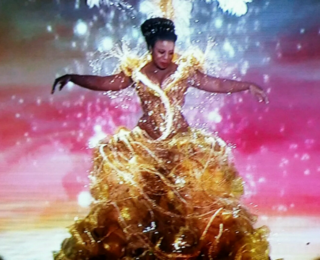