2016 Tony Awards Air on Same Day as Homophobic Attack in Orlando (June 12, 2016)
Gymnastic & Diving Studs Strut Their Stuff at the 2016 US Olympic Trials 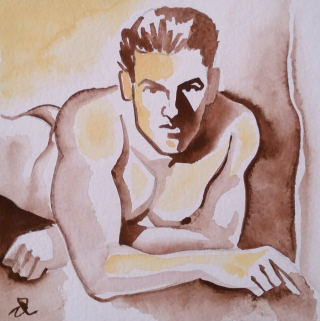 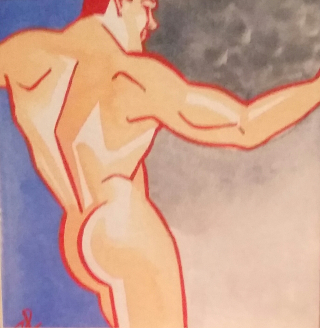 While watching last week's Tony Awards I was surprised, and saddened, when, during the In Memoriam segment, Chita Rivera said the name of illustrator Robert de Michiell (who had died in October 2015 at the age of 57).  Although I didn't know him personally I knew of his work through a friend who participated in an erotic drawing workshop that met weekly at the Leslie Lohman Gallery in SoHo.  Robert was one of the regular attendees and I bought a number of his sketches (two which are shown to the right) at the gallery's first Dirty Little Drawings show in 2003.  It exhibited work by participants of the workshop (all submissions were 4X4 inches square).  Once I knew his style I recognized his work in Entertainment Weekly and The New Yorker.  He also produced a series of colorful Fire Island postcards that captured the carefree, body-beautiful atmosphere of the Pines. 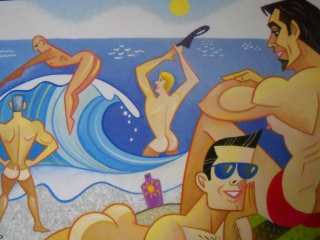 One of the postcards in de Michiell's Fire Island Pines collection 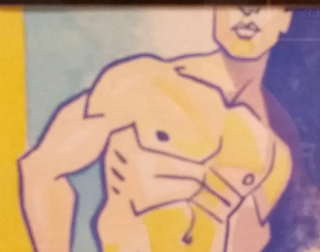 Another of his drawings that I own

Having spent a number of summers in the Pines, might I have been the inspiration for this sketch? 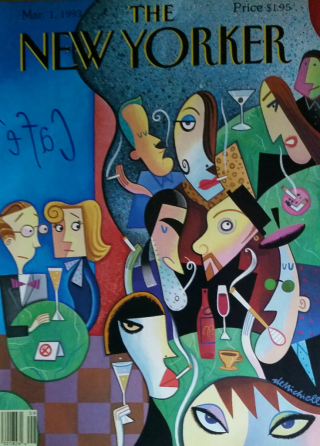 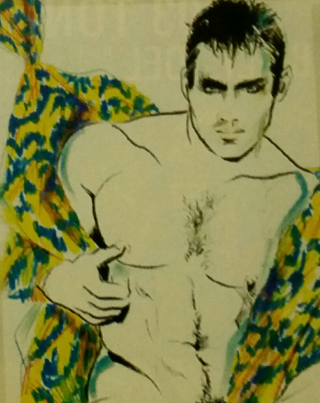 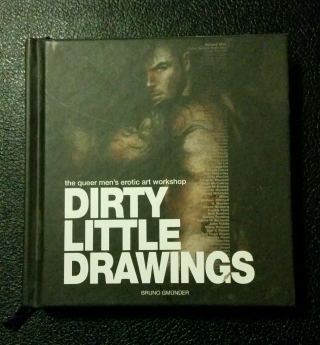