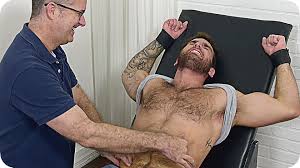 A documentary titled Tickled came out this summer.  It's about men who get off restraining guys and tickling them - and engage in it as a competitive sport.  This brought to mind a fellow I once had a few encounters with who was very much into tickling as well.  I met him at Fire Island in the Meat Rack on Labor Day in 1999 and we later got together in the City during the fall.  Because I was attracted to him I indulged him a few times (four times to be exact) before I grew frustrated and bored.  Although we'd briefly veer off into some other bedroom activities, he'd always bring it back to tickling.  Through it all he was always playful.  (Tickled, by the way, grossed a little more than $600,000 at the box office, and at its peak played in 53 theaters.)

It turns out that one of my best friends tricked with "the tickler" ten years earlier and also experienced the tickle treatment.  He also told me that the fellow had done a number of photo shoots for the gay porn magazine, Mandate, in the 1980s (but his career was in IT).  In his spare time he collected Marilyn Monroe memorabilia and during my visits he was in the process of putting his collection up on ebay.  He was partnered with an older man but they didn't live together.  The last time I saw him was in Chelsea walking with him.

As for me, I don't consider myself ticklish - unless I'm restrained.  Besides not being a fan of tickling, I was also never excited by fetishes such as nipple play, biting, toe sucking, or spanking.  A gentle touch was always the best way to get me worked up.  (But, as those who have been intimate with me can attest, there are still a good number of other "pleasures of the flesh" I enjoy, but that's a blog for another day.) 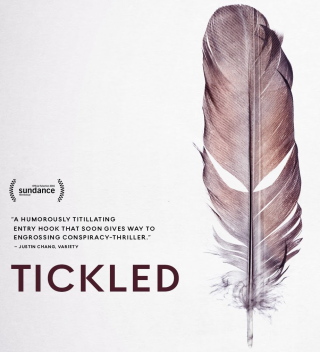