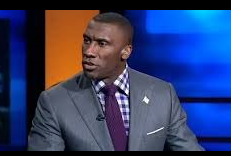 The TV monitor mounted in the kitchen at my workplace is often tuned to ESPN's sports commentary show, Skip & Shannon Undisputed.  The show has drawn my attention because of Shannon Sharpe, a former wide receiver in the NFL Hall of Fame who's one of the show's hosts.  He's quite the "dandy", wearing bold, patterned shirts and vibrantly colored ties and bow ties.  These flashy shirt/tie combinations suit his bombastic persona perfectly.  And although another former NFL star with a broadcast career, Michael Strahan, may be better known, Sharpe is far more telegenic.

Because of his strong facial features (a strong jaw and broad grin), and a confident, dramatic presence, along with a forceful speaking manner, every time I watch Sharpe I think to myself what a fabulous drag queen he'd be.  Give this man some lipstick!  He brings to mind Wesley Snipes' drag queen character in the 1995 film To Wong Foo, Thanks for Everything, Julie Newmar.  (And I've always thought that Arsenio Hall would be a natural for drag.) 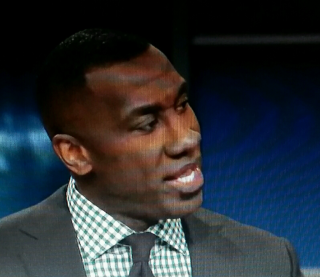 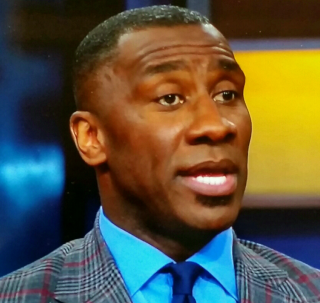