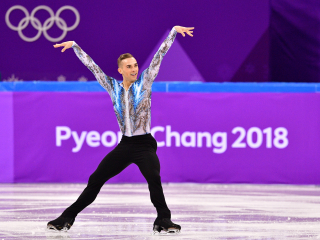 Adam Rippon is everywhere, and I wouldn't be surprised if his middle name were "Ubiquitous".  It all began at this year's Winter Olympics where he competed in Men's Figure Skating.  (Prior to 2018 Rippon had a modicum of success upon winning the 2017 Men's US Figure Skating Nationals).  And although he didn't medal in the individual competition (and his two teammates finished ahead of him) he, curiously, received media adulation usually reserved for a medal juggernaut such as swimming icon Michael Phelps.

Since the Olympics Rippon has taken the world by storm.  He's been on Dancing with the Stars (which he won); attended the 2018 Academy Awards; was chosen as one of TIME Magazine's 100 Most Influential (with a gushing tribute penned by Cher!)' modeled in the buff for ESPN Magazine's 'Body Issue'; and has made appearances on just about every daytime and late night TV talk show.  Reese Witherspoon and Sally Fields both made a huge fuss about him on social media. 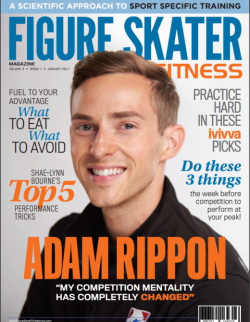 A year before the media frenzy 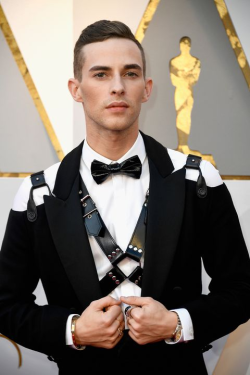 And at the 2018 Oscars wearing, inexplicably, a leather harness

Back in the 1990s Harvey Fierstein was everywhere as the media's go-to person for gay commentary, but that was understandable since in that era there were almost no openly gay celebs to talk to except for Harvey.  That's not the case these days, where it seems there are more openly gay and transgendered personalities in the public eye than there are straight celebrities.  Yet Rippon has managed to monopolize the media's attention. 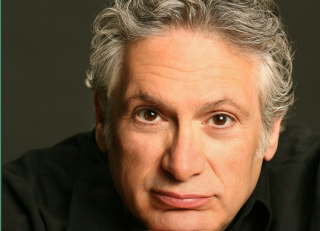 As a skater Rippon has beautiful, ethereal style, and I applauded him for turning down a meeting with our homophobic vice president at the Winter Olympics.  It's also to his credit that he's openly gay, a decision that may have even hurt him with some of the judges at the Olympics, who seem loathe to acknowledge the participation of gay men in the sport.  However, I'm put off by how self-absorbed he seems, and his need to tell interviewers how fabulous he is. 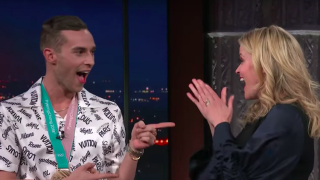 The media's gushing over him brings to mind its obsession with the unbearable personalities of reality shows, which celebrate anti-social behavior (I've previously bemoaned the toxic "entertainment" Bravo's Andy Cohen has inflicted upon us with his 'Housewives of' franchise).  And like a reality star, Rippon embraces these vapid personality traits, boasting in interviews of being trashy, slutty and fierce.  GLAAD recently stated that Rippon is someone every LGBTQ teen can look up to.  But is he, really?  While self-confidence and a sunny disposition are wonderful personality traits to possess, it's undermined by boastfulness.  The intoxication in our culture with this type of "celebrity" is what helped put the disgrace we call president in the White House.  But I digress ...

As with pumpkin spice flavoring, does Rippon have to be an ingredient in everything of our pop culture?