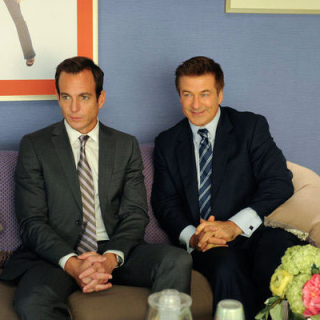 NBC's madcap sitcom 30 Rock aired for seven seasons (2006-2013) and won the Emmy for Best Sitcom in each of its first three seasons.  Starring Tina Fey and Alec Baldwin, the show's cast of characters were neurotic and quirky New Yorkers, all of whom worked on a weekly sketch-comedy show that was similar to SNL.  And like any worthwhile show, a number of its characters were gay.  There were three:  Devon Banks, who was a thorn in Donaghy's side (Donaghy was played to perfection by Baldwin); Jonathan, Jack's highly protective executive assistant; and gay stylist/reality star D'Fwan.  Jack was the alpha male and the three were often in a tizzy over him.

DEVON BANKS - Jack Donaghy's arch-nemesis (played by Will Arnett) was always trying to usurp Jack's leadership position at the NBC-like conglomerate. There was a lot of sexual tension between the two, and their fast-paced dialogue was full of hilarious double entendres (enhanced by Devon's breathy voice).  My favorite is when Devon, during a heated discussion, tells Jack that "you're going down" and Jack responds, "No, Devon, I don't do that".  Devon's partner's name was Cashmere (he was never seen). 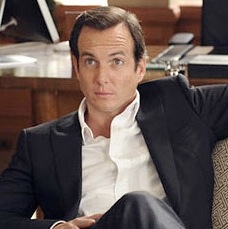 JONATHAN - Jack's fiercely loyal executive assistant, who Devon once referred to as "that fancy little fellow".  He brought to mind Mr. Burns' second in command, Smithers, on The Simpsons.  Although he was usually shown in the background at his desk and had a few lines each episode, he had the most screen time of the three gay characters.  (He was played by openly-gay actor Maulik Pancholy). D'FWAN -  In the show's final season, D'Fwan became the star of his eponymous reality show (played by Titus Burgess, who later became well known for his role as Titus Andromedon on Netflix's The Unbreakable Kimmy Schmidt).  Convinced that Jack was closeted, D'fwan changed his mind when he saw him dance. 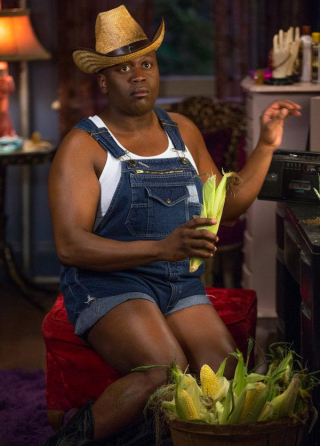 KENNETH PARCELL - An NBC page from Georgia, he was more or less asexual, and is perhaps the 'Q' in LGBTQ (aka "questioning").  In one episode Jack used Kenneth to try to seduce Devon, who had a crush on Kenneth.

COLEEN DONAGHY - Jack's hyper-critical, self-centered, mom was played by gay icon Elaine Stritch.  Another icon, Patti LuPone, appeared in one episode as the mother of one of the writers. 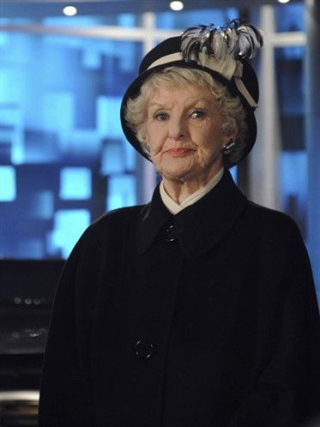 LIZ LEMON (Tina Fey's character) - In one episode Liz, fed up with her poor track record with men, tried to be a lesbian but was rebuffed by one she had befriended. 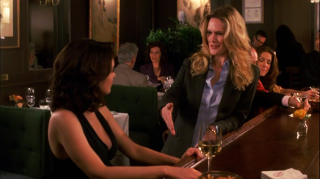 GRETA JOHANSSEN - As played by SNL alum Rachel Dratch, Greta was an all-business cat wrangler who had a crush on Liz. 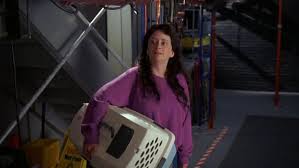