Although I have 9,000 songs on my iPod just a few have the power to trigger "a-ha" memories (e.g. I equate In the Year 2525 with the first Moon landing; The Night Chicago Died with Nixon's resignation).  The earliest I remember were novelty songs when I was a wee lad of 3 or 4, e.g. Shimmy Shimmy Ko Ko Bop; Itsy Bitsy Teenie Weenie Yellow Polka Dot Bikini; and Alley Oop.  What follows are some songs of summers past that bring to mind memories from my personal history. 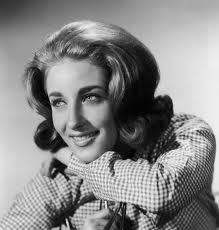 Hearing Judy's Turn to Cry (Lesley Gore), Nat King Cole's quintessential summer song Those Lazy-Hazy-Crazy Days of Summer or the popular Australian folk song Tie Me Kangaroo Down, Sport takes me back to the summer of 1963.  I was 6 years old and remember those songs playing on the car radio while I sat in the front seat of our Rambler station wagon as we drove to Pittsburgh's Highland Park Zoo.  My sister Linda, two of her girlfriends and my brother Darrell were in the backseat.  At the zoo a baboon took a liking to me, followed me around and constantly showed me his multi-colored behind.

The Rolling Stones' Satisfaction was the first rock song that registered with me.  It got plenty of airplay in August 1965 when my parents bought a new car, a steel blue Dodge Coronet sedan.  It replaced our 1960 Rambler station wagon which on two occasions lost its front wheel - once in the parking lot at Kroger and the other time at an intersection as we waited to pull into traffic.  But despite this potentially fatal defect (for both us and the car) I had a sentimental attachment to the car (in lieu of the dog I never had).  On the evening we left it at the dealership I sat in the car and cried.  We had the Coronet for 8 years until the fall of 1973 when we got an Oldsmobile Cutlass (for $3,300, the same price I'd pay for my plasma TV in 2003).

Then in the summer of 1966 my sister Linda swooned for the guy group Wayne Fontana & the Mindebenders and their hit Groovy Kind of Love (another guy group, The Association, got her attention as well).  That same summer I got creeped out by the novelty song They're Coming to Take Me Away (Ha Ha), about a man going mad and being taken to an insane asylum.  In a chilling coincidence, later that summer a young man in Austin, TX snapped, climbed a water tower and randomly shot to death 15 people on the ground.

During the summer of 1976 I visited New York City for the first time.  The songs burnt into my memory were Don't Go Breaking My Heart (Elton John/KiKi Dee); Kiss & Say Goodbye (Manhattans); and Turn the Beat Around (Vicki Sue Robinson).  I was 19 at the time and drove to NYC with my brother who had begun working in Bayonne, NJ the year before as band director at the town's high school.  It was also the first time I stuck a toe in the ocean, at the beach in Belmar, NJ.

Skipping ahead 6 years, I was in the middle of vacation with my boyfriend Rick in August 1982.  We were on our way to Provincetown after having spent a few days in Ogunquit, ME and were stuck in traffic in downtown Boston (my first time there).  The New Wave song Kids in America (Kim Wilde) came on the radio and it was followed by Billy Idol's first hit Hot in the City (not to be confused with Nick Gilder's Hot Child in the City from 1978).

Whenever I hear Every Breath You Take (The Police) or Safety Dance (Men Without Hats) it brings to mind the birth of my nephew, Corry, in July 1983 (on the very same day as his father's 30th birthday).  Curiously I don't have any such tuneful memories from when nephew #2, Nick, was born in December 1985.

Music sounded just a little better to me when I was floating on a raft in the pool at my weekend share at Fire Island.  In the summer of 1999 one of my housemates, Matthew, loved No Scrubs by TLC and played it incessantly.  And Cher's comeback song Believe was the dance anthem of that summer.  I also recall that during my first visit out there in 1982 ABBA's Lay All Your Love On was big in the clubs and the summer of my first share, 1996, the debut CD by Kristine W. (a club star rather than mainstream) was a popular one at our house.

Finally, during the 2000's my summer share at Fire Island had XM Satellite Radio which introduced me to a lot of great songs from the 1960's and 1970's, largely R&B, that I was unfamiliar with.  Ultimately I purchased a few hundred of them on iTunes.  Some of the best were Edwin Starr's Headline News; Eddie Kendricks' Tell Her Love Has Felt the Need; and Harold Melvin & the Blue Notes' Satisfation Guaranteed.