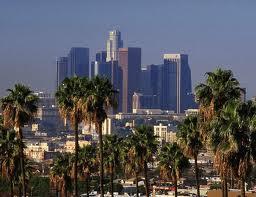 The U.S. bombing of Muammar Gaddafi's headquarters in the Libyan capital of Tripoli in the spring of 1986 triggers memories of my first visit to Los Angeles.  The day of the airstrike, April 14, was a Monday and my first full day playing tourist there.  I was staying with a former colleague from ad agency Young & Rubicam who now worked for McCann Erickson on Wilshire Boulevard.  Elsa lived in Sherman Oaks, which was over the Hollywood Hills in the San Fernando Valley. 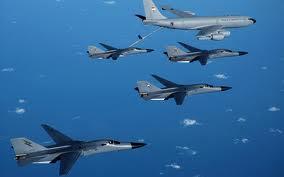 I rented a white Dodge Colt from Rent-A-Wreck and drove to Venice Beach in the morning.  Later I walked around West Hollywood, visited a few stores on Melrose Ave. and stopped by the International Male store on Sunset Boulevard before heading over to the Beverly Center a few blocks away.  It was there during the early evening that I came upon a group of shoppers milling about in front of an electronics store watching President Reagan's address to the nation.  He explained that our surprise attack was in retaliation for a bombing at a German disco a week earlier linked to Libya that killed one American soldier and injured hundreds of others.

(Unfortunately, Libyan sponsored terrorism would continue and culminate in the bombing of Pan Am Flight 103 over Lockerbie, Scotand two-and-a-half-years later.)

Because of the military action I had some concerns about the security of my return trip to New York at the end of the week.  It turned out my worries were justified as my red-eye flight was delayed by five hours due to a bomb threat.  This included an hour delay after boarding as our luggage was taken off the plane and searched again.  We didn't take off until 4AM.