The residents of McKees Rocks, the factory town I grew up in just outside of Pittsburgh, were a mix of Poles, Slovaks, Italians and Germans, and predominately Roman Catholic.  Jews were few and far between.  However, the Six-Day War in the Middle East in June 1967 struck a chord with my family because my teenage sister, Linda, had an Israeli pen pal.  Her name was Meirah; she lived in a village somewhere between Haifa and Tel Aviv and was a soldier in the Israeli army.  When war broke out it put a human face on the conflict for us.

I was 10 at the time and the idea of female soldiers was a novel concept (as it probably was for most of pre-feminist America).  Linda developed a crush on Israeli general, and war hero, Moshe Dayan (and also took a liking to a Jewish classmate of hers, Sanford, who was valedictorian of her 1968 senior class).  Because of the ties my sister had with Meirah I developed a strong affinity for Israel.  (20 years later I'd have an Israeli boyfriend who drove a tank in the 1973 Yom Kippur War.) 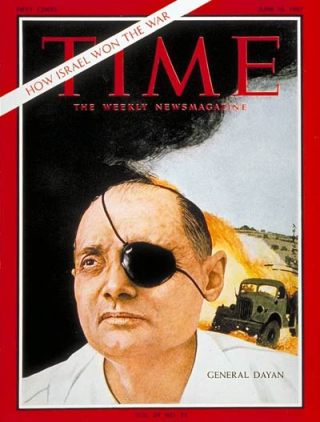 In the eyes of this 10-year old the conflict seemed fairly black and white: Egypt, Syria and Jordan planned to attack Israel which struck first, prevailed and gained new territory - which its enemies then demanded back.  Even a child on the playground would find this demand laughable. 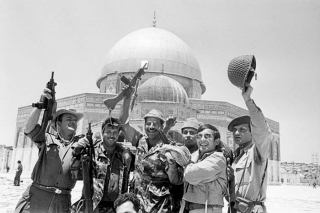 Also on the minds of my family at this time was the well-being of my Aunt Lillian who had been hospitalized.  Shortly after the war ended she died suddenly on June 13 - the first time I experienced the death of a relative.  On that sweltering day my parents picked me up from school at lunchtime and once home told me the news of her death.  It was a shock since she was set to be released from the hospital the next day.  She was only in her mid-50s at the time of her death.

Linda and Meirah exchanged 25 letters over a three-year period (thru the end of 1969) and she has all of them as well as souvenirs and small gifts she received.  I've wondered how much she could get on Ebay for the special commemorative edition of the magazine Bamahane, a Hebrew-language weekly of the Israeli Defense Force that Meirah sent her after the war concluded.

(To learn more about this war, the book Six Days of War: June 1967 War & the Shaping of the Modern Middle East, sets the landscape for the conflict and discusses the geo-political implications that still reverberate today.) 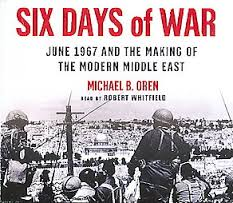 Nice article. I don't know how much those souvenirs would cost on ebay. Maybe you can give it try and see how much bid you get. Thanks for posting. I'd check on the book.