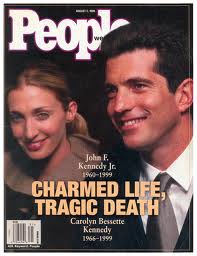 It was just past noon on a scorching Saturday afternoon (the temperature back in Manhattan was close to 100°).  I was out on the deck of my summer share at Fire Island putting on sunscreen when a housemate returned from a beach walk and told us the news that the private plane piloted by John Kennedy Jr. was missing.  It had taken off Friday evening from New Jersey and never arrived at its destination in Martha's Vineyard where here and two passengers, John's wife Carolyn and her sister, were to attend the wedding of John's cousin Rory.  Their bodies were recovered on July 21.  John was 38, Carolyn 33; they would have been married three years in September.

Flight experts speculated that Kennedy, a newly licensed pilot, likely became disoriented by a thick haze that obscured the horizon and was unaware his plane was flying directly into the water.  Ironically, Kennedy's death occurred almost 30 years to the date of his uncle Ted's controversial car accident at Chappaquiddick. 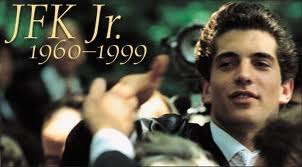 That weekend happened to coincide with the annual Fire Island Dance Festival (a benefit for Dancers Responding to AIDS) and the Kennedy tragedy put somewhat of a damper on the event.  Kennedy's fate was likely on mind of many of the event's attendees, especially since the stage looked out onto Long Island's Great South Bay which served as a sobering reminder of the watery grave of the plane's passengers. 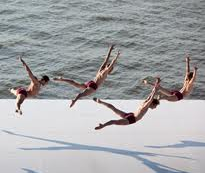 This tragedy brought back to mind the death of Princess Diana two years earlier because I was also out at Fire Island then when I heard that awful news. 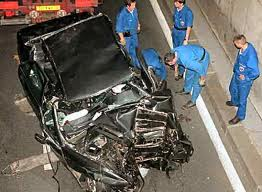