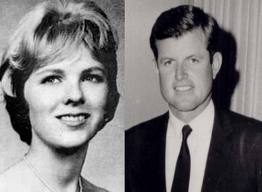 As the nation prepared for one of man's greatest triumphs (the Moon landing on July 20) another event was unfolding that would remind us of human frailties that time and again lead to the downfall of great men.  The news of the deadly car accident involving married Massachusetts Senator Ted Kennedy and his young female passenger Mary Jo Kopechne at Chappaquiddick Island (off Martha's Vineyard) interrupted my family's viewing of the Miss Universe Pageant that Saturday night (back then beauty pageants were a big draw). 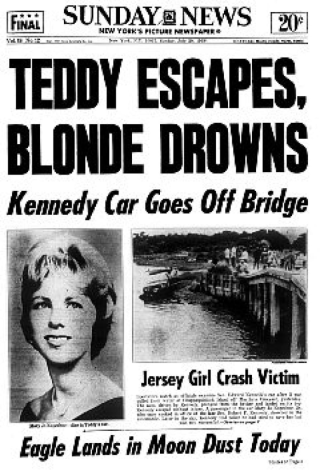 Although the accident occurred late Friday Kennedy waited until after daybreak Saturday to report it.  And despite the fact that I was only 12 at the time even I could sense that there was something amiss about his explanation.  And although it occurred on the eve of the Moon walk it would easily outlive that news cycle.  (Looking back, it was a precursor to the uncensored scandals that are now sadly the norm.)

28 years later another Kennedy tragedy would occur in the middle of July (July 16, 1999) when John Kennedy, Jr. was killed in the crash of the plane he was piloting off the waters of Martha's Vineyard. (See my post about the deaths of Princess Diana and JFK, Jr.)

For the uninitiated the book Chappaquiddick Revealed: What Really Happened goes into detail about the scandal and the implications it would have on Ted Kennedy's political career.  And in April 2018 a movie about the incident opened.  The actor who portrays Kennedy, Jason Clarke, was born, no joke, on July 17, 1969 - the day before the incident. 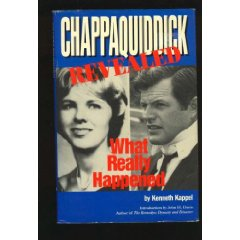 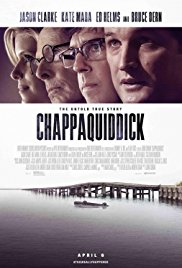 Here is a comment sent to my e-mail address from my neighbor Frank that I wanted to share:

I was out with a tour of "The Student Prince" (as a show tech - which meant I drove the truck from tent to tent) and we were playing outside of Atlantic City. The moonwalk brought torrential rains and the theatre was flooded. This was before Atlantic City had gambling, but there were rooming houses where the costume ladies and I were put up. I remember drinking vodka on the rocks and eating sconjilli (sic) squid. The night that Neil Armstrong walked on the moon, our star, manufactured Irish tenor John Gary (no one remembers him) came onstage and said "There's a better show on TV. Exchange your tickets at the box office." I had turned down doing a tour of Edie Adams in "Mame" because I thought I'd have to rig her moon from the center of the tent -- not true, her moon came down an aisle. In the "Mame" company, they played that night and Ms. Adams' moon came down the aisle with American flag planted on top! That same summer, Janis Page was also touring in "Mame", and if you catch me at the right time, I'll do my imitation of her rehearsing the show in Cleveland, where the show would open after "Student Prince" closed.

It's a tragic event not only for the Kennedy's but also for the people. Some say that there is a conspiracy behind it while others say it was a curse on the family. We will never really know.