News of aviation disasters often produces a visceral reaction since such crashes usually result in a large number of fatalities.  Additionally, since most of us have been on board a plane we can empathize with the doomed passengers.  Two of the nation's most high-profile air disasters occurred in mid-July in 1989 and 1996. 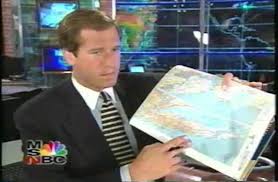 TWA Flight 800 was bound for Paris on the evening of July 17, 1996 when it exploded off the south shore of Long Island shortly after take-off from Kennedy Airport.  Some eyewitnesses reported seeing a streak of light shoot up to the plane, perhaps a missile.  My mother called to tell me the news shortly before I sat down to watch the 11:00 news.  I remember that at one point NBC News anchor Brian Williams resorted to showing the crash location by holding up a paper map since there had been no time to create a whiz-bang graphic.  That summer was the first in which I had a weekend share out in Fire Island Pines and a seat cushion was found washed up on the beach that weekend.  For the rest of the summer whenever any flotsam appeared in the water (the plane came down just 15 miles east of the community) we'd wonder if it was debris from the plane. 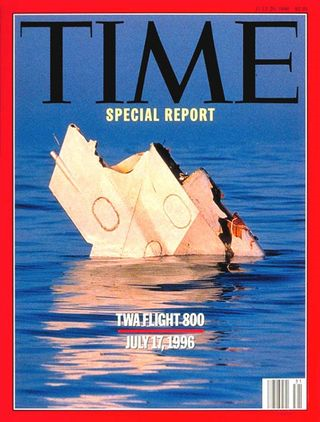 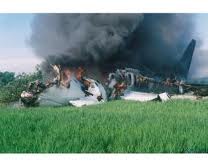 An air disaster captured on video occurred the afternoon of July 19, 1989 when United Flight 232 bound from Denver to Chicago lost its hydraulic system an hour into the flight and was forced to make an emergency landing in Sioux City, Iowa.  Although 111 passengers died there were also 185 survivors.  Besides the high number of survivors what also made this accident stand out was the fact that news crews were waiting for the plane when it crash landed. (For more than an hour it was known the flight was in distress.)  The dramatic footage of the plane breaking apart with pieces of it going up in flames and then somersaulting into a cornfield adjacent to the runway was shown over and over on TV that night.  I didn't see the news coverage until late because I was at a carefree summer networking event, but once I was home I was glued to the TV set as I counted the cash from the evening's event.  It was horrifying, but mesmerizing as well, to watch because it was something rarely captured on video.

On the same day as United 232's crash landing another story out of LA was receiving a lot of coverage as 21-year old actress Rebecca Schaeffer, co-star of the sitcom My Sister Sam, was murdered the day before by a stalker who shot her at point-blank range when she answered the door of her West Hollywood apartment.

Aha, finally I remember where I was when something like this happened. On July 17, 1996, I was at a Soho restaurant. Had the word Steak in it I believe. My friend Eric's birthday is the 18th, and he wanted to have a big gathering there. He is a food/wine critic, and the chef wanted to be there for his party, so he changed his travel plans and did not take that flight. So, in a way, we saved his life. I believe he didn't charge us for the dinner, and we left a $600 tip.