Huh?  That was my dumbfounded response when I turned on the 11:00 news the night of Aug. 29, 2008 and heard more about Republican presidential nominee John McCain's choice for running mate.  Earlier that day (the Friday of Labor Day weekend) I thought he had selected Minnesota governor Tim Pawlenty.  Turns out it was the governor of Alaska he had chosen, 44-year-old Sarah Palin.  (Interestingly, this announcement was made on McCain's 72nd birthday.  Perhaps it was a way to deflect attention from this AARP fact?)  And suddenly the 2008 presidential campaign became a lot more interesting - and bizarre. 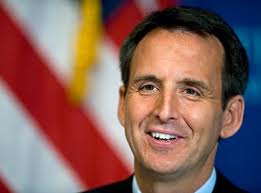 I was basking in the afterglow of Barack Obama's acceptance speech from the night before at the Democratic convention when I saw a New York Times News Alert in my in-box on my office comptuter  Quickly skimming it I was under the impression McCain had chosen Pawlenty - it made sense since I'd read on a number of occasions that he was a leading candidate.  I suppose my brain stopped processing once it saw the first two letters of the last name - the same as Palin's.  I had read about Palin a number of weeks earlier in an article in The New Republic, but it wasn't in regard to her being in consideration for the VP slot, just that she was a rising star in the Republican Party. 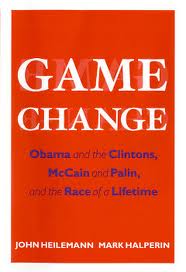 McCain's head-scratching choice certainly injected a jolt into the 2008 campaign.  And it became a ratings bonanza for Saturday Night Live when Tina Fey impersonated her to great acclaim in sketches during the show's September and October telecasts.  The book Game Change offers a riveting account of the thinking behind the decision to select Palin and its ramifications it had on the presidential campaign (spoiler alert: Obama was elected president).

I remember being horrified by McCain's choice. It was so reckless. There didn't seem to be any thought behind the choice. I have friends who call themselves "independents" but they really are moderate conservatives. They were dumb-founded by McCain's decision, and that sealed it for them. Many said they voted for Obama specifically because they were appalled by Palin and McCain's lack of thought, the lack of vetting, on this issue. It seemed so impulsive. This is the same guy that crashed five fighter jets before finally getting shot down by the Viet Cong.