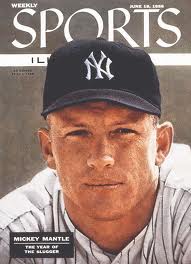 I don't know why Mickey Mantle's death sticks with me.  Perhaps it was because he hit his 500th home run on my 10th birthday.  Or because he was the embodiment of the classic All-American boy from the nation's heartland.  Whatever the reason, I heard the news of his death on Sunday afternoon shortly after I returned from a vacation in Provincetown.  He was only 63.

Mantle died from cancer a few months after receiving a liver transplant.  His life was somewhat of an American tragedy.  In his last years he had gone public about his struggles with alcoholism and how it likely diminished what could have been an even more glorious career.  (Not surprisingly, the bases are loaded with books written about MM.  One is Mickey Mantle: America's Prodigal Son; another that was published last October is The Last Boy: Mickey Mantle & the End of America's Childhood.) 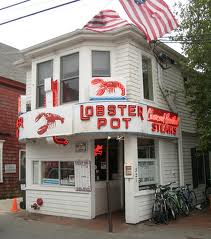 As it turned out, the summer of '95 (made memorable by the Macarena craze sweeping the nation) would be my last time in Provincetown, a wonderful place at the tip of Cape Cod I'd vacationed at on numerous occasions between 1980-95.  The following summer I began spending summer weekends at Fire Island, a barrier island off the south shore of Long Island. (The community I stayed in is the Pines.) 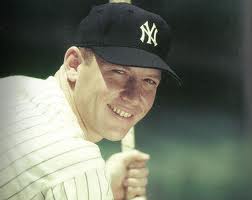 Mantle played his entire 18-year career with the Yankees, much of it during the Yankee dynasty of 1949-1964.  He died just as the Yankees were re-emerging as a powerhouse.  One of the main contributors of this era, Derek Jeter, passed Mantle at the end of the 2011 season as the player with the most games played as a Yankee.  FYI, five of Mantle's Hall of Fame counterparts are still with us: Yogi Berra (88 years old); Whitey Ford (84); Ernie Banks (82); Willie Mays (82) and Hank Aaron (79).

Here is a video clip from the daytime Joan Rivers Show that aired just a year or so before Mickey's death.  In it he candidly discusses his struggle with alcohol.