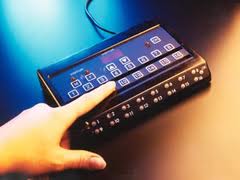 Nielsen inaugurated its national peoplemeter service on Aug. 31, 1987 while I was away on vacation in London.  I read about this advance in audience measurement in the international edition of USA Today.  Of course, since TV research was the focus of my job I had been well aware of this change for many months.  This change in measurement was a change that ad agencies had sought for a while since the previous method collected demographic data using an inferior paper and pencil method that relied on a person's memory.  The Big 3 networks, however, were resistant because the peoplemeter would likely result in lower ratings for them and higher ratings for cable networks.

This trip to the UK was my first abroad, a trip I won as grand prize winner of the United Way drawing the previous Christmas at my previous employer, ad agency Young & Rubicam.  And although I had changed jobs since winning it, Y&R graciously honored my prize.  It was a week-long trip for two, including business class travel on TWA and hotel accommodations in the tony Knightsbridge section of London (near Harrod's).

But enough about my good fortune.  The peoplemeter was a big advance in how TV advertising was bought since it provided ratings for the people who were viewing shows rather than just their household.  It also provided this information much more quickly.  What made this change even more interesting was the fact that big, bad Nielsen briefly had a competitor in the U.S., a British company called AGB Research.  AGB had introduced the peoplemeter to our shores earlier in the year. The agency I worked at, the now defunct NWAyer, purchased both services, so our TV analyses compared the ratings of both (although Nielsen was what all national TV buys were made on).  However, AGB went out of business in the spring of 1988 since it was unable to get enough companies to buy its service, especially once Nielsen developed similar technology.  Alas, in the years to come this fate would befall other research companies that attempted to compete against the Nielsen Company.  (25 years later a competitor called Rentrak would prove more tenacious.) 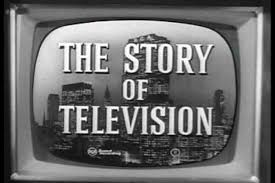 Finally, two pop culture references from that week in 1987 bring to mind Nielsen's new peoplemeter.  The day before leaving for London I went with friends to see the movie Dirty Dancing, which had opened that weekend.  And while in London Rick Astley's record Never Gonna Give You Up was a smash hit and I bought the single at the Tower Records store in Piccadilly.  It became an equally big hit in the US shortly after I returned.

The lack of speed on adoption inside this space is amazing to me. Did you read the comment that TIVO's CEO made, "the lack of technology in media analytics is mind boggling."

I am working on something and would love your thoughts and insight. Let me know when you have a second to chat.