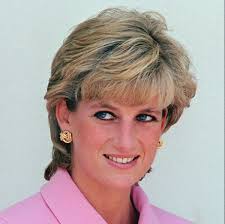 It was the Saturday night of Labor Day weekend 1997 and I was out at my summer share in Fire Island Pines, which is situated a few miles south of Long Island.  As my housemates and I were finishing dinner we became playful - as a group of eight gay men can easily do after a marvelous dinner and a few glasses of wine. For whatever reason we were inspired to try on some campy hats, feather boas and wigs that just were on the "wig wall" (just having a gay old time - literally!).  Eventually we got around to clearing the table and loading the dishwasher and then decided to go out to Sip'n Twirl, a dance bar in the harbor.

It was well past midnight when we finally got our asses in gear and left the house for the 10-minute walk to the club.  We were making our way along the rickety boardwalk called Fire Island Boulevard when an acquaintance of one of our housemates walked by and said rather dismissively, "Oh, I guess you're going down to join the rest of the queens sobbing over Diana".  We didn't know what he was referring to (our house didn't have a TV) so he told us of the recent news bulletin reporting on Princess Diana's death in Paris in a high speed auto accident. 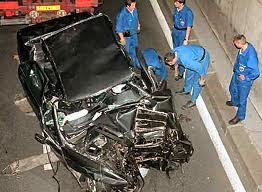 Stunned, we returned home instead of continuing to the bar.  Since we didn't have a TV in the house it was actually somewhat of a relief because we weren't immersed in the news coverage that dominated the rest of the weekend.

The following Saturday was Diana's funeral.  It aired beginning at around 4AM here in the U.S.  Once again I was out at FIP, but this time I had an opportunity to watch it at the house of a fellow from Cherry Grove who I had just begun dating.  However, I just wasn't in the mood to watch something so dispiriting.  Instead I borrowed a tape from a friend at work who taped it on his VCR and I watched it in fits and starts over the course of the following week.  A memory that sticks with me was seeing the hearse bearing Diana's casket with its windshield wipers slowly moving back & forth in order to clear flowers/bouquets being thrown at the vehicle by the millions lining the streets.  (Mother Teresa died the week leading to Diana's funeral but her death was somewhat overlooked.) 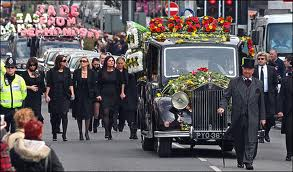 The 2006 movie The Queen is about the British public's backlash when Queen Elizabeth failed to join her subjects in publicly mourning and commemorating Diana's death. (British actress Helen Mirren won an Oscar for her portrayal of the queen.)