Up until today the 1972 Summer Olympics had been about the sterling performances of U.S. swimmer Mark Spitz and Soviet gymnast Olga Korbut.  Sept. 5 was the day after Labor Day, and the first day of the new school year for me, where I was starting the 10th grade at Sto-Rox High School.  When I returned home from classes that afternoon is when I first heard word that terrorist guerillas from the Palestinian Black September movement had taken athletes from the Israeli team hostage. 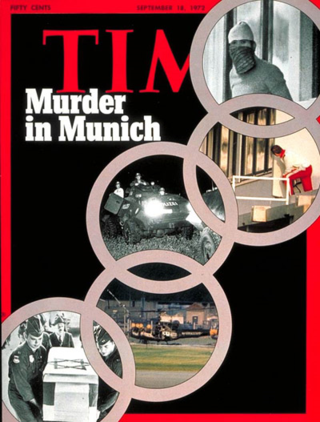 Later that night at a little past 10:00 I was getting ready for bed.  My father was dozing in the living room in front of the TV and my mom was out bowling in her Tuesday night league.  I had my bedroom door open so I could listen to the Olympics coverage when I heard ABC Sports anchor Jim McKay give a brief update on the situation that ended with the words "they're all gone".  Nine of the hostages and five of the eight terrorists had been killed at the airport in a bungled rescue attempt (two other Israeli athletes had been killed at the beginning of the ordeal at the Olympic Village).  It was very distressing news to hear before going to bed.

Although I was aware of earlier acts of terrorism in the Middle East this one was by far the most audacious.  And distressing news from the Olympics continued later in the week, but in a very different vein, when the US Men's basketball team was upset by the archrival Soviet team after a very controversial call in the closing three seconds (a play that was replayed repeatedly).  It was the first time the US team failed to win the gold medal in that event. 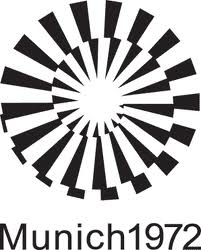 (An in-depth account of the guerilla incident is provided in the book One Day in September: The Full Story of the Munich Olympics Massacre & the Israeli "Wrath of God" Revenge Operation.)

Hi Rob,
I want to tell you how much I enjoy reading your blog - I have sent the link to my family because I think it's very educational as well. I think I'll even pass it around to some of your friends at MRI. Thank so much xxooCathy