Charles Schulz's comic strip Peanuts surged in popularity in the mid-1960s.  It was the subject of a Time Magazine cover story in April 1965; the first animated Peanuts TV special, A Charlie Brown Christmas, aired in December 1965; and the following year a Christmas-themed novelty tune Snoopy vs. the Red Baron went to #2 on the Billboard Hot 100 for four weeks.  And on Oct. 27, 1966, a Thursday evening, the special It's the Great Pumpkin, Charlie Brown! aired on CBS for the first time. 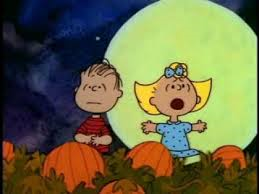 I was 9 years old at the time and in the 4th Grade.  I watched the 30-minute telecast over at the house of my friend Mary Kay Opalanko, who lived across the alley from us (she was a year older than me).  We watched Linus and Charlie Brown's little sister Sally sitting in the pumpkin patch while we set up Mary Kay's new road-race set in her living room.  My older brother Darrell joined us because of the lure of the racing set (which he also helped assemble).  An added attraction was the Opalanko's new color TV.   (Mary Kay's family was also the first in the neighborhood to get a big, above-ground swimming pool.) 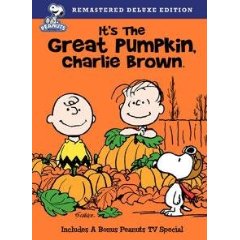