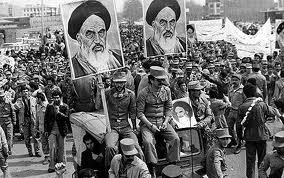 A new pope, the Village People and the 3-Mile Island meltdown all upended the world order in 1979.  But the year's biggest news story was the revolution in Iran, which had major implications for the U.S. since the revolutionaries considered us its greatest enemy (the "great Satan") because of our support of the Shah during his 27 years in power.  To retaliate they instituted an oil embargo, worsening America's already floundering economy.  Their enmity towards us worsened in late October when president Carter allowed the Shah to enter the U.S. to receive cancer treatment.

However, the year was a momentous one for me as I graduated college (Penn State) and joined the workforce, hired at New York ad agency Scali, McCabe, Sloves where I worked in its media department.  Seven months after beginning my job a furious mob broke into the U.S. embassy in Tehran (in response to the Shah coming to the U.S.) and took 54 American employees and diplomats hostage.

I was anxious over this turn of events because there was talk that the U.S. might reinstate the draft and go to war.  (And less than two months after the hostages were taken the Soviet Union invaded Afghanistan.)  However, after a number of months that possibility seemed to have passed, even if it took more than a year before the hostages were released (444 days, to be exact, with their release occurring the day of Ronald Reagan's inauguration in January 1981).

All of my feelings of anxiety from this grim time in U.S. history came flooding back in 2012 when I went to see Ben Affleck's new movie, Argo, about six Americans who managed to escape the U.S. embassy in Tehran when it was overtaken.  The film perfectly captures the pervading sense of despair, impotence and anger felt in America at that time.