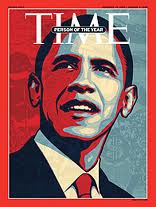 History would be made regardless of who won the 2008 presidential election, held on November 4.  Either the US would have its first African American president, Barack Obama, or its first female vice president, Sarah Palin.  I voted before going to work and waited in line for a little more than an hour at my polling place at an NYU dorm in Greenwich Village, which was across the street from Washington Square Park.  Happily, the sun was shining and the line of voters was buzzing with anticipation.  And although I had been a supporter of Hillary Clinton during the primaries I was happy to cast my ballot for Obama. 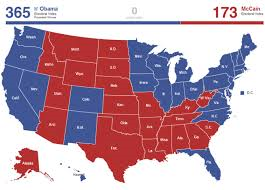 I watched election coverage on CNN when I got home from work that night.  I planned to go to the gym but got caught up in the very encouraging returns, especially from traditional "red" states such as Indiana, Virginia and North Carolina.  Later in the evening I called my mother in Pittsburgh to talk about the impending good news.  Then as soon as the polls closed in California (11PM in the East) CNN declared Obama the winner.  The streets in my Greenwich Village neighborhood erupted in wild cheers as if the Yankees or Mets had won the World Series.  And the partying atmosphere continued all night. 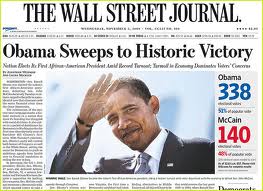 Obama's acceptance speech in Chicago was somber but inspiring.  A few minutes earlier he and his family had walked onto a large stage in front of one million ecstatic supporters, a setting that seemed almost European in style with its pomp and pageantry.  At one point a crowd shot showed Jesse Jackson wiping away tears.  Meanwhile Obama's opponent, John McCain, gave a very gracious concession speech.  As usual his wife Cindy, looked stunning in a chic yellow-gold outfit (and likely thrilled that the campaign was over) - in contrast to the peculiar choice of a dress that Michelle Obama wore. 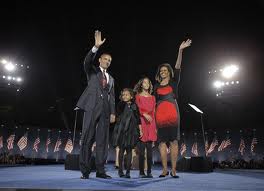 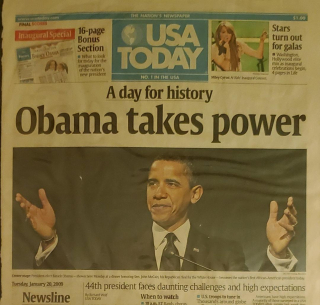