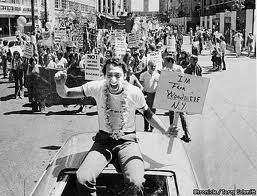 November 1978 was a month like few others for the city of San Francisco.  On Nov. 7 voters in California rejected the anti-gay Briggs Initiative which would have banned the hiring of gay teachers.  It was an emotional victory for openly gay San Francisco city supervisor Harvey Milk who had put considerable energy campaigning against it.  Then a week-and-a-half later Jim Jones, leader of the People's Temple cult, forced more than 900 of his followers to commit suicide in their Jonestown settlement in the Venezuelan protectorate of Guayana.  Jones and many of the victims were from the Bay Area.

On Nov. 27, the Monday after Thanksgiving, disgruntled former city supervisor Dan White snuck into City Hall during the morning and shot dead mayor George Moscone (pictured, below with Milk) at point blank range and then walked down the hall and did the same to Milk.  In a somewhat bizarre coincidence, Moscone and Milk had a connection to Jim Jones, who a few years earlier was chairman of the San Francisco Housing Authority.

At the time I was in my senior year at Penn State University and in the early stages of coming out so Milk's murder was especially sobering for me.  Back than having an openly gay man in such a high profile government position was unheard of, compounding the loss.  In 2009 Sean Penn won an Oscar for his portrayal of Milk in the movie Milk.  The film was based on the biography The Mayor of Castro St. - The Life & Times of Harvey Milk. 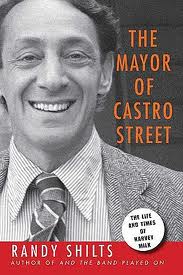 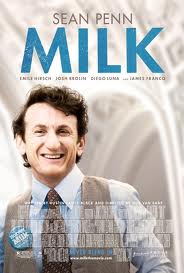