The day before Thanksgiving 1971 was a snowy one in the hills of Western Pennsylvania (about 4" fell).  I was in the 9th grade at the time and my dad had gotten four tickets at work to tonight's Penguins hockey game at Pittsburgh's Civic Arena.  I went with my older sister Linda, older brother Darrell (home for the holiday during his freshman year at Indiana University of PA) and a neighbor from down the street.  The Penguins lost to Toronto 2-1 but it was an enjoyable outing nonetheless. 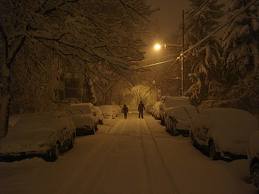 Walking home after getting off the bus we were playing around in the snow and throwing an occasional snowball.  At one point I jerked my head to avoid one being thrown and my glasses flew off.  After looking for them for some time with no luck I ran home to get a flashlight (Mom joined us).  Finally, in the midst of our search a neighbor approached in his car and stopped when he saw our search party in the middle of the street.  He stayed so we could look in the light cast by his high beams and shortly thereafter we found my glasses.  We had been out in the cold for close to an hour. 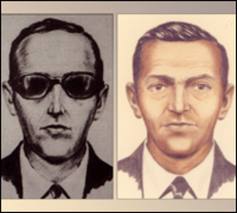 Meanwhile, while we conducted our search another was about to unfold in the Pacific Northwest.  A passenger named DB Cooper had hijacked a plane, demanded parachutes and $200,000 (about $1 million in today's $) and then jumped from the plane during a rainstorm into the wilderness north of Portland, Oregon.  Although hijackings had become a hazard of air travel since the late 60's, the way this one was carried out made it unique.  And although a bundle of deteriorated twenty-dollar bills was discovered in 1980, and traced back to those given him, Cooper himself was never found.

(The book D.B. Cooper: Dead or Alive? provides the full story of this mysterious man and his curious caper.)  The following clip goes into greater detail about Cooper.