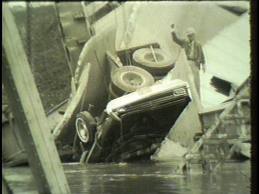 It was early Saturday afternoon on Dec. 15, 1967 when I brought in the afternoon paper (Pittsburgh Press) from the front porch and saw the headline about a bridge disaster the previous night in nearby Point Pleasant, West Virginia.  The Silver Bridge fell into the Ohio River during evening rush hour, killing 46.  It still ranks as the nation's deadliest bridge collapse.

Although I was just 10 at the time,  the tragedy resonated for two reasons: 1) It was incongruous to my young brain that such a tragedy could occur at Christmastime, and 2) because of its famed three rivers, Pittsburgh is a city of bridges, and every Sunday we traveled over one (the Wind Gap Bridge) to pick up my grandmother for church.  For some time after the Silver Bridge disaster I'd become nervous whenever we'd be stopped on the bridge because of traffic. 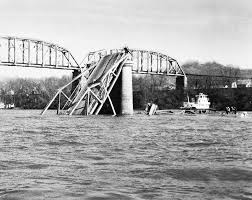 Of course, all disasters are unfortunate, but those that occur during the Christmas season are particularly tragic.  Some of the more high profile in the past 60 years include:

Dec. 26, 2004 - The great Indian Ocean tsunami (pictured below) killed 230,000+ in multiple countries, many of them tourists on Christmas vacations.

Dec 17-18, 2021 - 88 persons were killed during a nighttime tornado outbreak in six states in the South and Midwest.  Most of the deaths were in Kentucky. 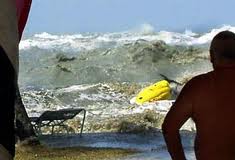