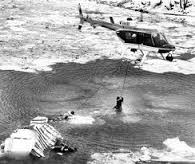 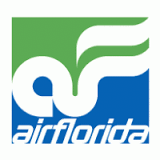 January 1982 was particularly cold and snowy in the Eastern half of the US.  On Jan. 13 a snowstorm paralyzed the Southeast and then moved into the mid-Atlantic states.  The storm proved deadly for passengers on board a Ft. Lauderdale-bound Air Florida jet flying out of Washington, DC in the middle of the afternoon.  Not properly de-iced, Flight 90 was unable to gain sufficient altitude and crashed into the Potomac River after taking off from National Airport, its tail wing clipping a nearby bridge just a few miles from the White House.

Dramatic TV footage showed rescuers desperately trying to reach some passengers in the icy waters.  Unfortunately, unlike US Air Flight 1549's "Miracle on the Hudson" 27 years later, very few passengers survived since this was a crash and not a water landing.  Only five passengers survived - 78 others (and four motorists on the bridge) were killed.

Although my office (ad agency Young & Rubicam) had closed early because of the snow (which began during lunchtime in New York) I was still in my office when I heard the radio bulletin reporting on the crash late that afternoon.  Because I briefly worked on the Eastern Airlines account at Y&R I knew the repercussions a plane crash had for media planners working on any airline account.  All media outlets carrying airline advertising had to be contacted to make sure all ads were pulled.  (Although most outlets knew to do this without being contacted, the calls still had be made).  However, this time no one at Y&R had to scramble because the agency had lost the Eastern account four months earlier (after 17 years). 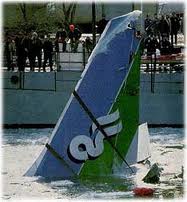 And half an hour later, the Washington Metro, which wasn't yet six years old, suffered its first fatal crash.

This is why I hate flying...because of accidents like this.