Please note that since writing this post back in 2013, this storm has been supplanted as New York's biggest snowstorm by the blizzard of Jan. 23, 2016.

Despite a cold start, the winter of 2005-06 had turned into a relatively mild one.  In fact, during a seven-week period beginning just after Christmas temperatures averaged nearly ten degrees above average - and January was the third mildest on record.  So it was somewhat of a shock when a major snowstorm came calling.

The first flakes began falling Saturday evening just as I was leaving a movie on the Lower East Side (Steven Soderbergh's indie film Bubble).  By midnight about three inches had fallen.  The snow continued until mid-afternoon Sunday, but the bulk of it fell in a 6-hour period between 5-11AM when an incredible 18 inches fell (a ski resort-like snowfall rate of three inches/hour).  The storm's total was 26.9", breaking the old record from Dec. 26-27, 1947 by one-half inch.  In a rarity, New York was in the "bulls-eye" of the storm's heaviest accumulation, so no other locality received nearly this much.  At around noon on Sunday I ventured out with my camera and spent an hour or so in Washington Square Park snapping photos. 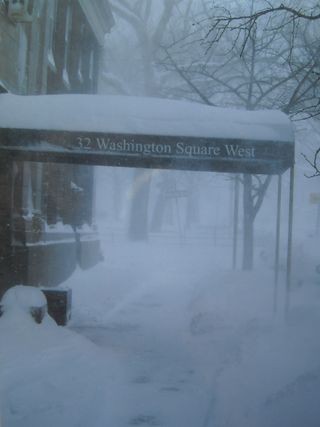 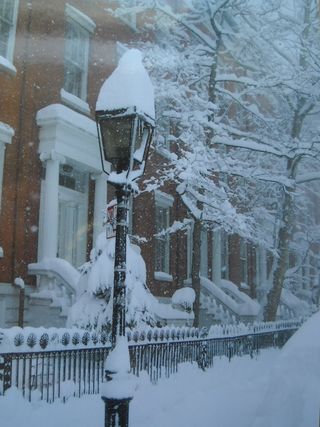 Interestingly, although the blizzards of January 1996 and the post-Christmas blizzard of 2010 dumped seven inches less than this 2006 storm, the City seemed more crippled by them.  And to me this record snow seemed no deeper than those storms.  It could very well be that the accumulation in my Greenwich Village neighborhood, about three miles south of Central Park, was less.   This record-breaking accumulation would be the only snowfall of February.  It ended up accounting for two-thirds of the winter's total snowfall. 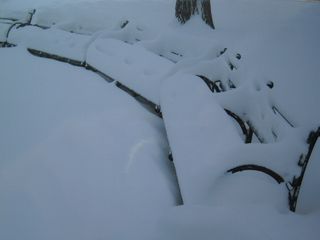 If you'd like to read about other New York City snowstorms, I've written a post on my weather blog, New York City Weather Archive, that recaps the snowstorms we've experienced since 1970.  To go to it, double click here.  And below are links for other posts from this blog about specific snowstorms in New York:

It's part of the climate changes we have been experiencing.

Rob, you said exactly what I was thinking at the time and since. From my vantage
point in Bellmore, L.I., those other 2 storms you mention, plus the Big January
of 2011 storm and the Lindsay storm, did not seem any less severe or deep than
the "biggest" storm did!

And in watching reports that day, those last couple of inches seemed to jump
onto the total almost as an afterthought. Hmmmm ...

Enjoyed your write ups on all the storms in any case.