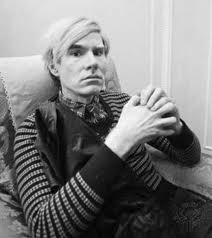 February 22, 1987 was an unusually social Sunday for me.  I spent the early part of the afternoon at a brunch in the West Village at the apartment of my friend Marc, a fellow I dated briefly the previous year.  (We met when he walked up behind me at Uncle Charlie's bar and snapped the back of my suspenders).  After brunch a group of us went to a mid-afternoon tea dance at a club in Chelsea called Tracks.  From there I taxied down to SoHo to attend a 5th anniversary celebration for GMHC (Gay Men's Health Crisis) held at the Puck Building.  That was followed by dinner at Taste of Tokyo and then a brief visit to the club Palladium on 14th St.

I didn't get home until late and when I sat down to watch the 11:00 news I was shocked to learn of Andy Warhol's death.  He died from complications after having simple gallbladder surgery.  He was just 58.  (Somewhat overlooked was the death on the same day of talk show host David Susskind.)  A contributing factor to his death was the fact that he put off the surgery for so long, which took a toll on his overall health (he was deathly afraid of hospitals.) 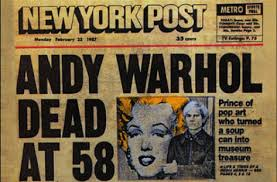 I felt somewhat of a connection to Warhol because, like me, he grew up in Pittsburgh and was of Slovakian parentage (my maternal grandmother was born in Slovakia).  Seven years after his death, while I was in Pittsburgh to attend my father's funeral, I visited the newly opened Warhol Museum with my brother, his fiance and my two young nephews.  It was ironic that the museum (at the time the only one in the US devoted to one artist) was here because Warhol apparently was ashamed of his Pittsburgh roots.  And in present-day Pittsburgh, a number of Warhol's silk screen creations can be found in one of the concourses at the city's airport. 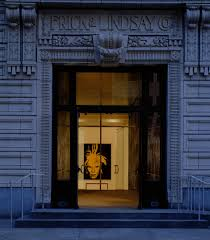 Entrance to the Warhol Museum 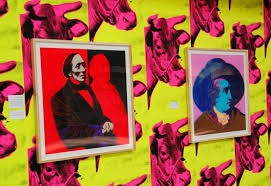 (Many books are available about Warhol's life and his body of work.  One in particular that got a lot of press when it was published in the early '90's was The Andy Warhol Diaries.)

Although I don't exactly recall what I was doing that day, I do recall that Andy Warhol's death lead to a resurgence of interest in his work and his amazing collections (like his cookie jars). And I also recall walking to The Factory (on Union Square West) to further recall Warhol and his art group.

Sometime in the summer of 1979 I was invited to "an end of the 70's" party. It was hosted by a wealthy NYU student who had rented (at least) the ground floor of an East 20's brownstone near Gramercy Park. We were asked to wear a costume which represented the 70's and I wore a leather jacket plus large carrot on a string around my neck and called myself "punk vegetarian" which I thought very witty, but no one else did. The only other costume I recall was a young woman who wore a lampshade on her head with dolls diving from the rim into the inside of the shade. She represented "You Light up my Light." Thinking back, there must have been a lot of faux leopard skin.

In addition to the usual array of drinks, there were yellow bottles of Rush in various spots in the still sun-filled/sunset lit parlor. Midway through the party, Andy Warhol arrived, chatted with a few people, did not drink alcohol or sniff the Rush and left. I knew absolutely no one there and kept chatting with the "You Light Up My Life" lampshade lady. No Liza, No Baryshnikov , no one snorting coke. But I had been at the same party as Andy Warhol.