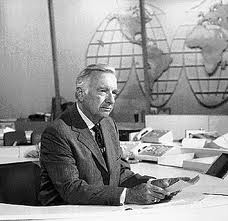 March 6, 1981 was a Friday and the streets of Manhattan were a sloppy mess following a snowstorm the day before that dumped nearly nine inches of wet snow (the biggest snowfall of a relatively snowless winter).  But the day's big story was the evening broadcast of the CBS Evening News, Walter Cronkite's last as its revered anchorman. I caught the last five minutes of this newscast after getting in from work (ad agency Scali McCabe Sloves).

Cronkite's retirement sticks with me largely because his final week on the air coincided with a big life event for me.  After living in Bayonne, New Jersey for two years I had moved into Manhattan earlier in the week.  Truth be told, it was an impulsive decision made after my brother got married at the beginning of February.  We both lived in Bayonne, so when he moved to another town I figured it was a good time to move into the "big city".  I put an ad in the Village Voice and ended up in a peculiar living situation with a family in their TriBeCa loft at 60 Lispenard St., a dreary alley-like street out of a Dickens novel, just south of Canal St.  It was me and the Sears family: artist-husband David, his Harvard educated stay-at-home wife Linda (a real chatterbox), their curly red-haired baby Jonah ... and a vicious white cat named Mouse. 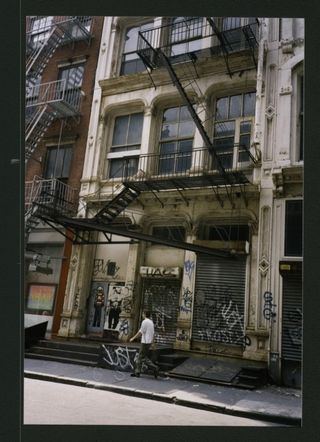 I lived there for just three months when the landlord pressured us to move because he wanted to convert the building to commercial-use only. (He was probably the one behind our loft being burglarized a month after I moved in.)  Happily, I found a much better situation up in the West Village in a 2-bedroom apartment with another family of sorts - Gary and Jason and their dobermann, Sabrina.  The Sears family moved as well, but Mouse was left behind after he jumped across the air shaft and sat on the windowsill of the neighboring building - and that's where he stayed.

After retiring Cronkite kept a low-keyed presence in the news arena but narrated the occasional documentary and served as a pundit regarding his views on the changing news media. (He memorably had a number of unflattering things to say about his replacement, Dan Rather, in a CNN interview and an article in The New Yorker, shortly before Rather's retirement in 2005).  Naturally, he penned a best-selling book, A Reporter's Life, in which he revisited some of the key historical moments that he was a part of as a reporter.  Cronkite lived to be 92 and died in the summer of 2009. 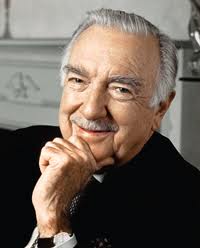 I also remember Walter as host of many a U.S. New Years broadcasts of the Vienna Philharmonic, from Vienna, and his emotional reaction and announcement of JFK's passing in 1963.