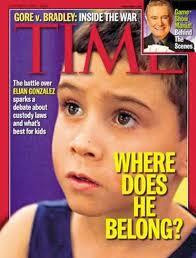 I was visiting my mother in Pittsburgh for Easter in 2000 when little Elian Gonzalez was forcibly removed from his relatives' Miami home by an INS SWAT team.  6-year-old Elian had become an innocent, and adorable, political football ever since he was rescued from a piece of flotsam off the coast of Florida during Thanksgiving weekend in 1999.  He, his mother and twelve others set off from Cuba but their boat capsized and Elian was just one of three to survive (his mother died).

Elian's US relatives wanted custody of him but his father in Cuba demanded his return - and he was backed by the US judicial system.  The little boy's relatives, however, resisted and put up countless legal challenges.  Finally, having lost patience with the family's willful ignoring of court orders to turn him over, the Justice Department took action the day before Easter.  In the pre-dawn hours an INS SWAT team swiftly and forcibly removed Elian from the relatives' home in Miami's Little Havana neighborhood and reunited him with his father, who had been allowed into the US. 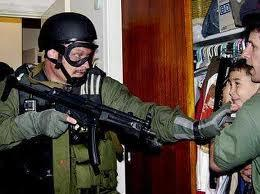 Justified as this action was, I found it a bit jarring coming as it did during Christianity's most sacred time of year.  And as we dyed Easter eggs it was hard to get the above image (seen on the front page of every newspaper) out of my mind.  A few months later, after more legal attempts by his unreasonable relatives were exhausted, he and his father quietly returned to Cuba.

From the time of this incident Florida has regularly been the center of various controversies.  Later that same year it was the focus of the disputed presidential election.  Then in 2002 Rosie O'Donnell brought attention to the state's gay adoption ban.  2005 saw the political grandstanding over the pulling of the plug on comatose Terri Schiavo.  After the nation's financial meltdown in 2008 Florida was one of the states hit hardest by foreclosures.  And then just a few months ago (in 2013) the Trayvon Martin shooting caused a nationwide uproar followed recently by a backlash by Cuban Americans after Ozzie Guillen, the new manager of the Miami Marlins baseball team, made pro-Castro comments. 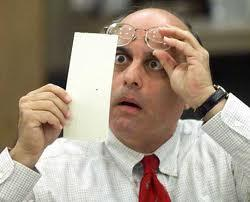