Johnny Carson Steps Down As "Tonight Show" Host (May 22, 1992)
Thinking of Keeping a Personal Journal? A Veteran Offers Some Guidance 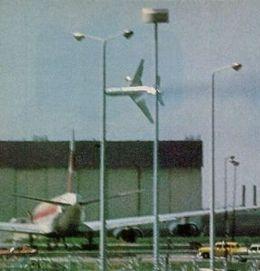 May 25, 1979 was the Friday before Memorial Day weekend.  For me, it was the first paid holiday of my working life as I had begun my career in advertising just six weeks earlier (at New York ad agency Scali McCabe Sloves).  I was going out to Hicksville on Long Island to spend the holiday weekend with a friend.  As I was on my way to Penn Station after leaving the office, I saw the headlines of the New York Post and Daily News reporting a plane crash in Chicago a few hours earlier.  American Airlines Flight 191 crashed less than a minute after take-off from O'Hare Airport.  All 279 on board were killed, making it the deadliest air crash in US aviation history.

What made this disaster even more chilling was the fact that there were photos of the plane as it crashed and exploded.  This was less than a year after another deadly plane crash was photographed, the mid-air collision between a Southwest Pacific passenger jet and a private plane over the skies of San Diego on September 25, 1978 (pictured, below).  And in later years there were a number of crashes captured on video, e.g. the crash landing in July 1989 of United Flight 232 in Sioux City, Iowa, and the deliberate crashing of United Flight 175 into the south tower of the World Trade Center on 9-11, an event witnessed by millions on live TV.

Years later I was reading an entry in Wikipedia about the singing duo McFadden & Whitehead, who were scheduled to be on Flight 191 but ended up not boarding because they were asked to stay in Chicago a few more days to promote their disco hit Ain't No Stoppin' Us Now. 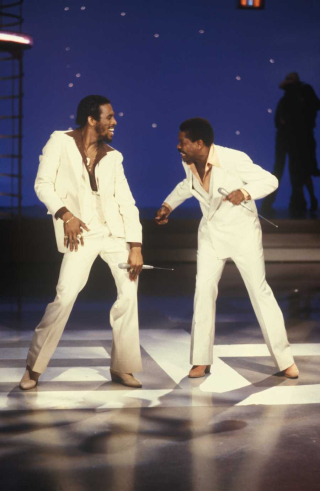 Another tragedy also occurred on May 25, 1979, and it occurred in New York City.  That morning, six-year-old Etan Patz vanished while walking to school alone in Manhattan's SoHo neighborhood.  He was never seen again and his disappearance hung heavily on New Yorkers for the rest of the year.  But as the 33rd anniversary of this unsolved case approached in 2012 there were indications that a resolution might finally be at hand. 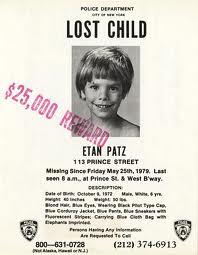 I was scrap booking anything & everything regarding air travel, planes, aerospace & space travel in 1979, etc, something passed on to me by my father. I remember including photos (the O'Hare disaster, the PSA collision in San Diego and Skylab, which fell out of orbit and crashed in Australia a couple of months later in 1979) from glossy magazines like LIFE, TIME, US NEWS & WORLD REPORT, or local newspapers, etc.

A side note: I remember since reading that passengers on that doomed plane had live video access of that takeoff from a front facing camera, being projected on the TV/movie screens and witnessed their doom live, as it happened. Very poignant, eerie, if not downright scary or macabre.

I also remember the Etan Patz case very well as I was in Catholic grammar school at the time and was a big story that dominated the local news broadcasts (I remember the Son of Sam hype in 1977, even being only 7 years old that summer) I believe he is the first child (at least verified) to have his case & photo, as part of a missing story on a "milk carton.

And I do remember reading up on updates and new developments of the Patz case (since solved and closed) during the summer of 2012, where they mentioned the quirky oddity of the O'Hare crash happening the same day he went missing.

Thank you Rob for your historical recollections.