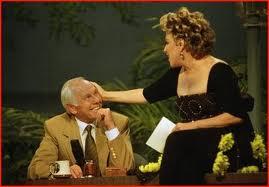 Johnny Carson's final week as host of the Tonight Show in May 1992 coincided with me packing and moving into the Greenwich Village apartment (where I still live in 2014).  My official move-in date wasn't until June 1, but the apartment had been vacant for a number of months so I was permitted to move in early.  While packing during the first half of the week, I tuned in to Tonight and watched a stream of honored celebs pay tribute to Johnny.  On the penultimate telecast, and the first night living at my new address, I watched Bette Midler sing her charming version of You Made Me Watch You to Johnny while she sat on his desk.

These episodes were more uplifting than the last somewhat somber telecast that simply had Johnny reminiscing about his 30 years as host - with no guests.  Not surprisingly, it delivered a stupendous (for the Late Night time period) Nielsen household rating of 28 and a 63 share of viewing; 41 million persons tuned in (compared to a typical 6.7 million).

After Johnny left Tonight, it was almost as if he had died as he largely disappeared from public view until his death in 2005.  the Tonight Show's Jay Leno era began three days later on May 25.  Leno remained host until February 2014 when Jimmy Fallon took over the helm (Leno's reign was interrupted briefly in 2009 when Conan O'Brien was appointed host and Leno moved to primetime).  An enjoyable book about Carson's Tonight Show reign is Here's Johnny: 30 Years as America's Favorite Late Night Entertainer.

Three other notable TV events occurred that week in May 1992.  First, Vice President Dan Quayle castigated actress Candice Bergen's Murphy Brown character for having a baby without the benefit of marriage in the show's last episode of the season (Monday, 5/18).

The following day, the names Joey Buttafuoco and Amy Fisher became part of the nation's zeitgeist after 17-year-old Amy (aka "The Long Island Lolita") shot Buttafuoco's wife Mary Jo in the face at the front door of her home.  This tawdry affair was made into three TV movies that aired within weeks of each other at the end of the year (one starred 18-year old Drew Barrymore).  Finally, on Thursday MTV premiered The Real World, which started TV's "reality" craze. 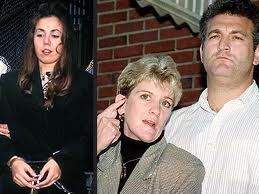 One more thing I remember about this week is that New York experienced an early heat wave - including a sizzling 93° on the day of Carson's last show.  It turned out to be one of the few hot spells during an unseasonably mild summer - apparently, the result of the cooling effect of clouds of ash from the eruption of the Mount Pinatubo volcano in the Philippines the year before. 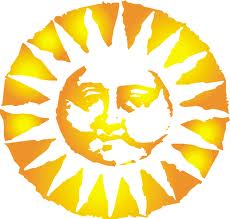