Thinking of Keeping a Personal Journal? A Veteran Offers Some Guidance
The Stonewall Riot - The Beginning of Gay Liberation (June 28, 1969)

The evening of June 17, 1994, a Friday, was warm and muggy and I had just returned to my apartment in Greenwich Village after a five-mile run in Hudson River Park.  Before showering I turned on the TV to check the score of Game 5 of the NBA Finals between the New York Knicks and Houston Rockets.  Instead, what appeared on the screen was a white SUV speeding along a highway.  I thought that perhaps it was a scene from a repeat of NBC's Law & Order, but when I changed channels it was also on ABC, CBS and CNN.

I soon learned that the white Bronco was carrying OJ Simpson on LA’s 405 Freeway, and it was being pursued by a phalanx of LAPD police cruisers.  It seems OJ, who was the prime suspect in the murder of his 35-year-old wife, Nicole, and her male friend earlier in the week, didn't turn himself in, as he had agreed, and was now sitting in the back of the vehicle holding a gun to his head and threatening to shoot himself. 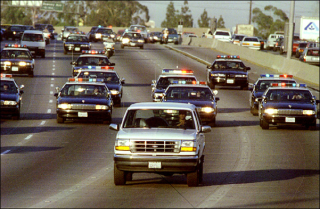 The chase was so mesmerizing I couldn’t pull myself away to go to the grocery store to get dinner.  I watched for at least two hours waiting for the moment when, befitting this perfect Greek tragedy, OJ was going to end it all.  What sticks with me was the circus-like atmosphere as cars pulled over on the freeway and crowds lined the road and overpasses cheering (or jeering) as he drove by.  And when the Bronco finally pulled into the driveway of OJ’s home another surreal thing happened.  An eyewitness claiming to be across the street from OJ’s house was interviewed on the phone by ABC News’ Peter Jennings but he turned out to be a crank caller who made an inane comment about his allegiance to Howard Stern. 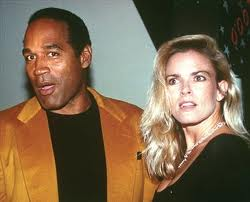 Fast forward sixteen months to Oct. 3, 1995, the day of the verdict in OJ’s murder trial.  I was eating lunch in my office (at ad agency Foote, Cone & Belding) and turned on the radio to listen to the live coverage of the jury’s verdict.  I had decided not to watch the coverage on TV in the conference room with others because I didn’t want to see which co-workers might be happy if he was found innocent.  When I heard the not-guilty verdict I got up and closed the door to my office and sat for a while with my eyes closed trying to process the jury's decision before continuing with the rest of my day. 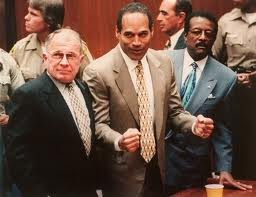 If my memory serves me correctly, his original 'not guilty' verdict was delivered on my birthday, October 3rd. Just before the verdict was to be delivered, I threw on my running clothes and headed over to the Bronx River Reservation path just next door to our home in Bronxville. I didn't want to be yet another American transfixed by the circus! Our household had been consumed throughout this ordeal -- from the Bronco chase to the Akita's bark to the ill-fitting black gloves, as my mother-in-law who was living with us thought OJ to be innocent from the beginning (along with John Bobbitt three years later, oh my!).

I recall being on the terrace of a restaurant north of SF and seeing the TV through the glass. All we could see was a continuous film of a white SUV driving on a freeway followed by police. We had no sound so we had no idea what was going on as the same image continued to run forever. Curiosity eventually got the better of us and we went inside to check things out.

The OJ freeway chase debacle was the downfall of modern civilization, in my opinion. I think this is the moment we can trace back to that ushered in the glut of reality TV shows and every other narcissistic trend many Americans indulge in these days that followed.