The Death of Fred Astaire (June 22, 1987)
A Smorgasbord of Super Bowl Facts & Figures: A Game-by-Game Review 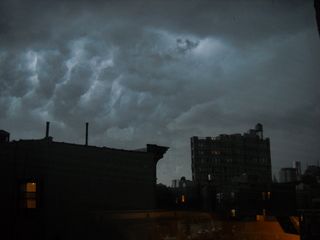 As the monster storm named Sandy approached New York my chief concern, as it was with Hurricane Irene the year before, was my living room window.  Measuring 8 X 8 feet, this large panel of glass shakes whenever strong winds come from out of the east.  With the forecast warning of winds gusting between 60 and 85 miles per hour, I lined the window with cardboard from discarded boxes collected from the supermarket.  I did this the evening before the storm hit while watching the final innings of Game 4 of the World Series (which would be the final game as the Giants swept the Tigers).

Since Manhattan has no overhead power lines I wasn't overly concerned about losing power; therefore, I was thrown for a loop on Monday afternoon (Oct. 29) when Con Ed sent out a robo-call alerting its customers that power might be turned off as a precautionary measure because of the prospect of flooding where its generators were situated.  I wasn't prepared for this so I scrambled to find a flashlight and the few candles I had in the apartment. 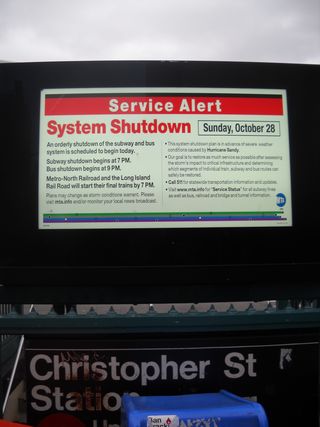 I stayed indoors all day keeping my fingers crossed as gale force winds shook my building and rattled the windows.  Then, early in the evening, perhaps because of cabin fever, I ventured outside with my friend Tom, who lives in the apartment building next door.  Perhaps foolishly, we braved the high winds and walked over to the Hudson River to see what conditions were like, dodging the occasional tree branch or trash can rolling down the sidewalk.  When we got to the Christopher St. pier the river was just beginning to splash and spray over its banks from the storm surge (which meant the water level of the river had risen six or seven feet).  This was at around 6:00.  A few hours later the water had risen high enough to cover the West Side Highway and flood shops adjacent to the highway. 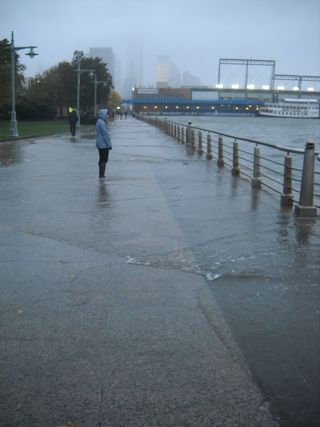 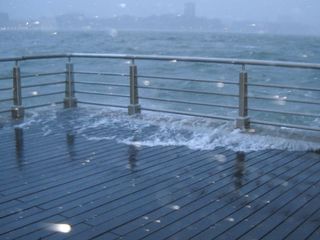 Back in my apartment, the lights flickered a few times as I ate dinner.  Then, shortly after I had finished eating and washed the dishes, the power went out at 8:15 - and stayed off until Saturday morning (a period of four-and-a-half days).  I went on Facebook where I saw status updates from friends reporting on the flooding that had begun in Manhattan.  A bit later I heard police announcements from speakers ordering people to stay indoors. 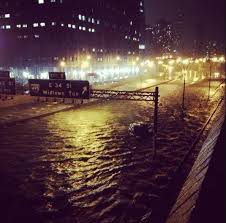 Because three grocery stores are within walking distance of my apartment I rarely stock up on food.  However, with the impending storm creating panic shopping, on the Sunday before the storm I decided to buy provisions for a few days while there was still food on the store's shelves.  Now with the power off I regretted this decision as I now had a well-stocked fridge.  Luckily, the weather was on the cool side (40s at night, 50s during the day) so I didn't lose anything in my freezer and I ate the perishables I had over the next few days.  (I drank a pint of vanilla ice cream like it was a milkshake.) 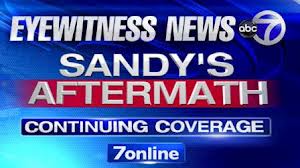 I awoke on Tuesday morning and not only was there still no power, but my cell phone and laptop needed recharging.  In my laptop's waning moments I read that most of Manhattan above 38th Street had power, so I called my friends Bob and Audre on E. 43rd St. in Tudor City to ask if I might stop by to recharge my devices.  Before I ventured up to their place I stopped by Tom's apartment to see if he had any interest in walking there with me to do the same.  He was very happy to see me because he had no cell phone service through AT&T and wanted to phone his boss.  Luckily for him, my cell provider was Verizon.  When he called he learned that the hospital he worked at on the East Side was closed because of serious flooding.

As we walked to Tudor City from the West Village (40 blocks away, the walk took about an hour) we passed by Washington Square Park and surveyed the extensive tree damage there.  Tudor City, too, had large trees blown down. 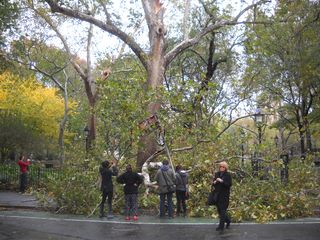 Once at my friend's place I heard for the first time the extent of the damage suffered throughout the area.  Walking back home later that evening was a creepy experience because there were no lights south of 38th St., and the streets were eerily quiet. 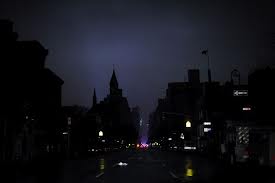 The next day, Wednesday, was Halloween but Greenwich Village's famous Halloween parade had been cancelled.  However, the gay bar down the street from my apartment, the Monster, was open.  It had a generator along with a plentiful supply of candles and stayed open as long as its supply of ice held out.  The darkness outside made for an appropriately spooky atmosphere.  I went there with my friends Andy, Maury and Tom and we stayed for about half an hour.  Because public transportation was still largely shut down the gathering of patrons was limited to people from the neighborhood, which was nice. 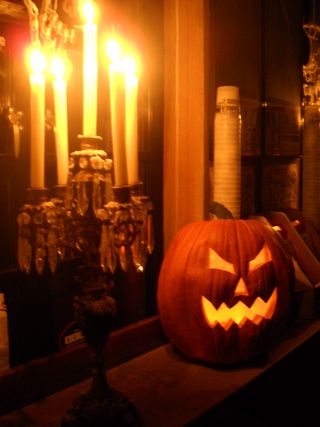 Venturing back out into the pitch black night, we were curious if any restaurants might be open.  We lucked out on Christopher St. where a Peruvian place, Lima's Taste, was open - with a very limited menu.  To provide light the wait staff wore headbands that had small flashlights attached to them!  And although the streets were dark it wasn't too unnerving because very few ghouls or goblins were out - and there was a police presence.

After roughing it on Tuesday and Wednesday, once subway service was partially restored on Thursday, I decided to stay with my friend David who lived in Astoria in Queens.  It was wonderful having power, heat, hot water, and TV once again.  I stayed there until Saturday afternoon when I got a text from Tom telling me the power had been restored to our neighborhood.  Once home, the first thing I did was go to the gym - which I hadn't been to in a week.

Prior to this nearly five-day blackout the longest I'd gone without electricity was 20 hours during the blackout of Aug. 14, 2003.  However, that experience was more trying because it happened on a 90-degree day.  As with that blackout I considered myself fortunate.  Despite the inconveniences Sandy caused, at least I had running water (those living in high-rises weren't so lucky because of water pressure issues), and I only had to walk up five flights of stairs.  And, of course, I was so much more fortunate than those residents who lived near the ocean and had to contend with the loss of more than just their power. 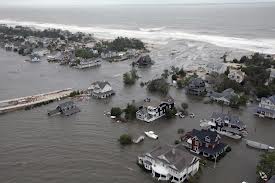 I think that everything wrote was actually very reasonable. However, consider this, suppose you typed a catchier title? I ain't saying your information isn't good., however suppose you added a post title that makes people want more? I mean Memories of Hurricane Sandy (October 29, 2012) - History As You Experienced It is kinda boring. You might look at Yahoo's home page and note how they create article titles to grab viewers to open the links. You might try adding a video or a pic or two to grab people interested about what you've got to say. In my opinion, it would make your posts a little livelier. bryantflanery@gmail.com