Recalling the Big Snowstorms of My Pittsburgh Childhood

As an adult who is six feet tall I often think that if a foot of snow seems like a lot to me just imagine what it seems to a child who is two or three feet shorter (or to a toddler, like me in the photo during the winter of 1960).  Which brings back memories of some of the big snowstorms of my childhood in the Pittsburgh suburb of McKees Rocks, four of which were around 14 inches and are recounted below.

This storm moved in on Sunday night and continued through the next evening.  I remember excitedly turning on the porch light throughout the evening to look out as the snow accumulated on the porch steps.  For the entirety of the storm temperatures never got out of the teens.

Nearly 16 inches fell and there was no school on Monday.  Then on Tuesday we woke up to a morning low of six below zero.  Despite these frigid conditions I was looking forward to going to school because it meant spending a good amount of time to walk through the mountains of snow along the way.  (My school, Fenton Elementary, was within walking distance.) 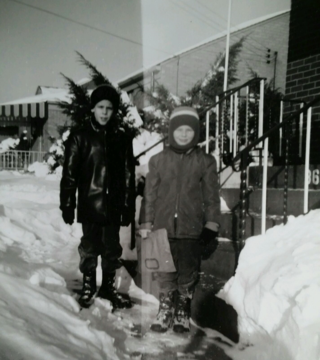 It was Saturday and me, my brother, sister and mother had our check-up with the dentist that morning.  Afterwards we did some grocery shopping at  Kroger just as the first flakes of snow began falling at a little past 12:00 noon.  When we got home we watched American Bandstand; the Mamas & the Papas were on and they sang Monday Monday and California Dreamin'.  Snow fell heaviest between mid-afternoon and midnight and ended shortly after daybreak on Sunday.  My brother, Darrell, was allowed to go out and help mom and dad shovel but I had to stay inside because it was too much trouble getting me put together.  In total nearly 15 inches fell.

Although it was a Saturday event and didn't impact school, we didn't go to church or Sunday school (a consolation prize).  On Sunday morning I got to go out and help shovel out the driveway and I remember how high the snow was and what an effort it was to throw the snow up to the side.

It was a Monday and rain in the morning changed to heavy, wet snow in the afternoon (the temperature hovered around freezing).  After dark the snow really came down heavily and high winds kicked in - there was even some thunder/lightning.  Amazingly, my parents went out shopping and my brother went to his evening trumpet lesson.  My older sister and I stayed home and watched I Dream of Jeannie and The Monkees.  14 inches piled up and school was cancelled on Tuesday. 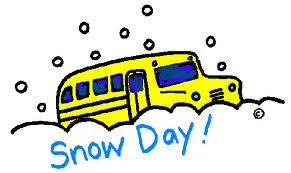 Snow fell off and on in heavy bursts during late afternoon on Sunday through the evening and into the overnight hours.  The temperature hovered around 33 degrees throughout so it was a heavy, wet snow.  I had a morning paper route at the time and it was a challenge walking up some of the driveways that were on an incline because of a coating of freezing rain/sleet that had fallen on top of the snow.

School had a delayed opening but there were no buses operating so most of my classmates didn't come in.  (And as he did during the other storms, my dedicated dad drove to his job as a foreman at Pittsburgh-Des Monies Steel Company on Neville Island).  Power outages were widespread because so many tree branches, weighed down by 14 inches of wet snow, snapped and brought down power lines.

The next bit snowstorms came in the winter of 1978 when two big ones came within a few days of each other in mid-January and dumped a total of 27 inches.  At the time I was in my junior year at Penn State in State College.  I've experienced my biggest snowfalls while living in New York City.  Between 1983 and 2011 there were seven storms that dumped 18 inches or more, the biggest being 26.9" in February 2006. 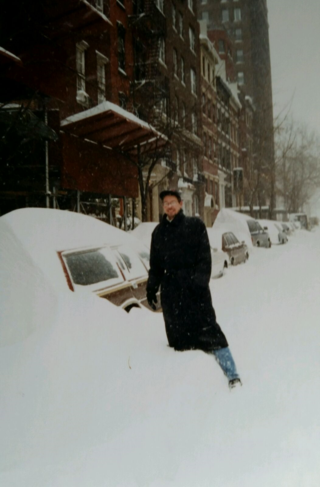 ...we're about the same age and reading your brief memories of snow as you were growing up hit home...i never knew other kids liked climbing mountains of snow on the way to school...i use to walk in the deepest snow i could find cuz i loved it...lol...i would shovel every neighbors snow but our own cuz mostly i had to stay out front...lol...loved them times...