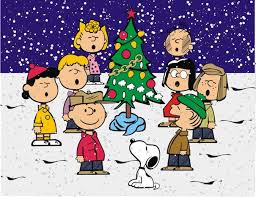 The first successful transplant of a human heart took place in South Africa on Dec. 3, 1967 (the recipient was 54-year-old Louis Washkansky).  Whenever I hear mention of this medical milestone it brings back memories of a trifle of a Christmas play I appeared in when I was in the 5th grade.  I played the role of the Christmas tree and I had a monologue in which I extolled the virtues of the tree.  Rather than holding a little cardboard tree in front of me I insisted my mother create something elaborate, a tree that completely covered me.  It was made out of a shimmering green material that resembled Astroturf, and then little cut-out ornaments were attached.  While Mom was constructing it and fitting me I watched How the Grinch Stole Christmas.  When I tried it on I felt like Charlie Brown's tree after it was transformed by his friends.

Thanks to my mother's creation I was the star of the play (much like the falling chandelier in the Phantom of the Opera).  After the play was over (just one performance, mostly for the benefit of the student body) my teacher gushed to my mom about the tree and confided that she was just expecting me to stand behind a small hand-held paper tree.  (Mom was flabbergasted.)  She asked if the school could have the tree, but I wouldn't hear of it - and it languished in our basement never to be worn again.  And for whatever reason no photographs were taken of me wearing it.

Back to matters of the heart, Mr. Washkansky died 18 days after his historical operation, from pneumonia.  Just three days after his transplant the first pediatric heart transplant took place, in the US, on an 18-day-old infant (who lived for just six-and-a-half hours).  And a month later the first adult transplant was performed in the US.  That recipient lived for fifteen days. 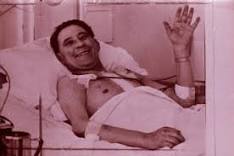