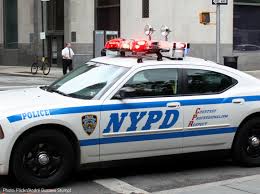 Some of my high school classmates back in Pittsburgh can't quite fathom the thought of living in Manhattan, but I thrive on the fast pace, and the perceived danger is a bit overblown.  Sure, I've had some experiences with it but, thankfully, nothing serious.  Since moving to New York City in 1981 I've been a victim of a crime six times.  Five of the six occurred in the 1980s, and the last time was in 1998.  Two of my apartments have been burglarized, my wallet has been lifted at work twice and I've been mugged and the victim of a scam one time each.  (Truth be told, I've committed a number of "fashion crimes", but that's the subject for another post.)

This was my first apartment in NYC.  It was in a loft space on Lispenard St. in TriBeCa that I shared with a husband, wife, baby and a vicious cat (whose name was 'Mouse').  The break-in occurred one month after I moved in.  Although the door was locked, the prefabricated wall was knocked down to gain entrance.  The loft was in a building that I was later told the landlord was trying to get renters out of the apartment and turn into a commercial building.  My stereo was stolen along with four rolls of quarters that I hadn't had a chance to take to the bank.  I moved out two months later (as did my loft mates). 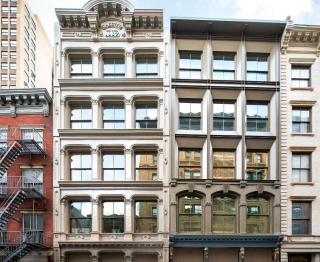 Like the apartment in TriBeCa, this burglary also occurred one month after I moved into it.  The apartment was on the ground flood and had a garden with a door, but the burglars entered through the front door, using tin snips to cut into the door, then putting their hand through the incision and unlocking the door from the inside.  They stole a vacuum cleaner, our answering machine, some subway tokens and, inexplicably, ate a half grapefruit that was in the fridge, but what hurt most was their stealing of my boyfriend Rick's 35 MM camera,which had a roll of undeveloped film in it with pictures from Memorial Day weekend in Provincetown.

Later in the evening we got a call from the manager of the Lindy's restaurant across the street from Radio City Music Hall.  Someone had tried to charge their meal using my Mastercard, which had been taken out of the pocket of my bathrobe (they were thorough). 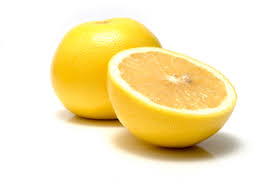 This was a scam rather than a burglary.  And it occurred at the front door of my apartment building in Greenwich Village.  A young man with a dog rang the doorbell and I answered.  He told me that he lived on my street and was walking his dog and discovered that he had locked himself out of his apartment.  Although his grandmother had a spare set of keys, she lived in Brooklyn and the young man didn't have money for cab fare.  I gave him $15 and asked if he wanted to leave his dog with me but he said he couldn't because it was abused as a puppy and didn't take well to strangers.  A few hours later it dawned on me that I'd likely been scammed and would never be repaid.

But to my surprise he returned, supposedly to repay the money I had loaned him.  However, he only had a $100 bill and needed change to pay the taxi, which for some reason, was parked a few blocks away.  This time I was onto him so I told him I'd break the $100 if the taxi came in front of my apartment building.  Of course, this didn't happen.  So, although I was still out $15 ($33 adjusted for inflation) I felt somewhat better knowing that my loss wasn't greater.

On Halloween my wallet was taken from my suit jacket that was hanging behind the door in my office at ad agency NW Ayer.  I had $200 in cash in it and ten credit cards (back then I had cards for department stores in addition to Visa).  A few days later a colleague found the wallet jammed behind the toilet paper dispenser in a stall in the men's room.  It was this incident that got me to start using an ATM card rather than take out money I'd need for the next few weeks. 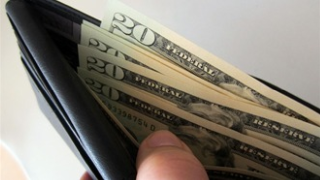 This is the only time I was physically robbed.  After a doctor's appointment down in the West Village at lunchtime I went back to my office on W. 50th St. and took the Uptown Number 1 train.  When I got into the car there were three teenagers sitting opposite me.  One addressed me as Inspector Gadget because I was wearing a black trench coat.  Shortly after the doors closed they came over and surrounded me, the ringleader sitting next to me on my right.  He said I looked like I could easily spare my cash and if I didn't give it up I'd have to contend with the fellow standing to my left who had his hand in his coat pocket, suggesting there might be a weapon.  Fortunately, I only had eight dollars on me.  And I was very happy they didn't take my wallet.  After they ran out at the W.23rd St. stop an elderly man sitting across from me chided me for giving them my money as they also tried to get some from him but he refused.  When I got off at my stop I told the token clark (in the pre-MTA card era) and he called the police.

A month later later I was asked to come to to the Transit Police station in the Port Authority building on 42nd St. to look at photos ("mug shots").  When I told the officer that the perpetrator was white he came back with a rather thin book.  When I expressed surprise he told me with a bit of a weary chuckle that all of the other binders on the shelves contained mug shots of blacks and Hispanics.  I pointed to one guy but after he was contacted he claimed that at the time of the mugging he was attending a parole hearing with his father.  Frankly, I was partly relieved because I wasn't certain the fellow I pointed out was actually the perpetrator. 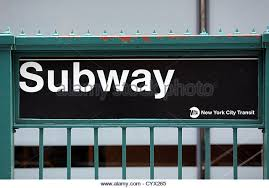 Once again my wallet was lifted from the inner pocket of my suit jacket was hanging behind the door of my office (back in the era before "open architecture" work spaces).  This time I only had $27 in the wallet and one credit card.  Then a week later I got a call at home from a customer service person at Omnipoint Communications in eastern Pennsylvania who wanted to verify that I was ordering cellular phone service.  When I told her I wasn't she then confided that she had someone on hold who was attempting this purchase using my credit card.  She became suspicious because the person sounded like a "negro" (her word) and she thought it was strange that he'd have my last name. 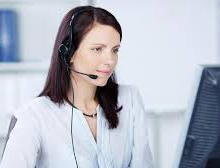