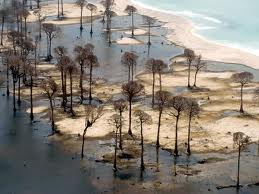 The morning after Christmas Day 2004 found me relaxing at my mother's house in Pittsburgh reading Sunday's Post Gazette when I came across a small item in the paper's "World News Roundup" section.  It was just one paragraph, about a tidal wave that followed a very strong underwater earthquake in the Indian Ocean off the coast of Indonesia.  It wasn't until that evening that the enormity of the disaster was communicated to the West.  And for the next week horrifying first-person accounts and videos appeared (see below), bringing the year to a sobering end. 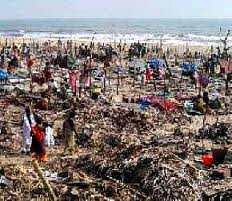 The tsunami struck the shores of eleven countries and caused an estimated 230,000 deaths (including 9,000 foreign tourists, three times as many as died in the 9-11 attacks).  It ranks as the deadliest tsunami in history and joined a 1976 earthquake in China and a 1970 cyclone in Bangladesh as the deadliest natural disasters in my lifetime.  Less than a year later the U.S. would experience one of its worst natural disasters when Hurricane Katrina produced deadly flooding in New Orleans.  However, Katrina was tame by comparison to this cataclysmic wave of water. 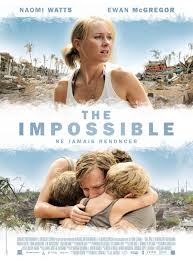