Ask Madam Lichtenstein - Born on March 21. Am I an Aries or a Pisces? 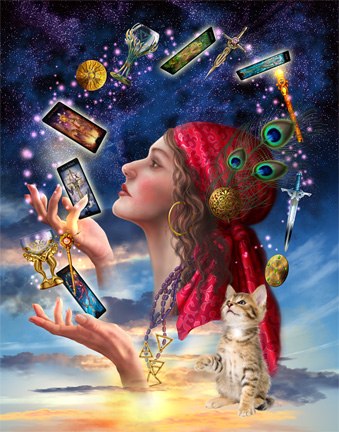 Fairfax,VA: I'm born on March 21. Although I'm "officially" Aries, many people have told me that I really am Pisces. When I check my horoscope do I take both into account or one of the two? Thanks.

Charlene Lichtenstein: The ranges of signs shift from year to year. I suggest that you consult an American Ephemeris

for your exact year of birth to see what your sun sign really is. Even so, you probably have other planets in each of these signs so there will be traits of both energies in your personal birth chart. 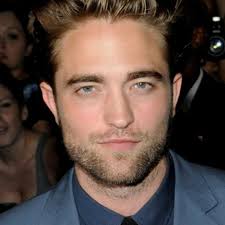 The Sun enters Taurus this week and gives us a dash of flair mixed with a dollop of sexiness.  Let’s put it in a mixing bow and stir things up. There is no better time than to get into the swirl of things and see what bakes. Oh yeah baby!

(Robert Pattinson has Sun in Taurus)

ARIES   (MARCH 21 - APRIL 20)
Have your finances been a bit of a bother and a source of worry recently? Don’t worry! Aries can now cash in. While the glaring hot spotlight may be off you, your ability to quietly reap the monetary rewards is greatly heightened. Make good use of this profitable time to create your own low level press buzz. It will ultimately pay off with a hive of sticky honey buns.

TAURUS   (APRIL 21 - MAY 21)
You are at the top of the heap now. Taureans know who to meet, what to do and what to say to get what they want. Don’t sit back and wait for good things to come to you. Make a move, launch new projects, meet new people and create a new stylish you. If you can’t impress the powers-that-be, at very least, become a legend in your own mind.

GEMINI   (MAY 22 - JUNE 21)
Geminis find themselves marching to the tune of a different drummer. Suddenly they have a charitable spirit. Plant your karmic seeds now. Be sure that you pay forward all your good deeds and strive to make a difference in your community. You are also especially intuitive for a change. Rub your crystal ball and see what transpires. Oh won’t you be surprised!

CANCER   (JUNE 22 - JULY 23)
Opportunities abound for the next few weeks. Cancers are in their element and can schwoosh around the social pool easily and effectively. Enjoy being the leader of the pack, but don’t rest on your laurels. You are offered the rare opportunity to clear up any friendly misunderstanding. Do it before it turns into something a bit less friendly.

LEO   (JULY 24 - AUGUST 23)
The week sets a fire under you and bring you to a boiling point. Leos are agitating to demonstrate their talents and make their mark on the world. Strategize and plan your next big move whether it involves a big global enterprise, any professional plans or in any self-improvement or personal mission. There are no small ideas, only small people. Sigh; sad but true.

VIRGO   (AUGUST 24 - SEPTEMBER 23)
Virgos are ready to pack up and escape their mundane surroundings in seek of adventure and romance. Heck, why not? Happily, you will be able to say the right things to convince even the most domesticated lover to travel to the ends of the earth with you, at least for the next few weeks. Remember to pack extra cash and prepare to get into mischief.

LIBRA   (SEPTEMBER 24 - OCTOBER 23)
Feeling too hot to handle? The fates now poke your embers and inflames your passionate desires. Whew! Libras are hot to trot yet need some direction. Thankfully the cosmos gives you a bit of advice and guidance. Use this time to bolster current relationships or to forge new ones. You are overflowing with pizzazz. What a nice change of pace!

SCORPIO   (OCTOBER 24 - NOVEMBER 22)
Scorpios are apt to drift from their responsibilities now. Whatever is expected of you gets pushed to the bottom of the “To Do” list. You are more interested in relaxing and enjoying some time with partners. It’s okay to have fun but don’t let home projects stagnate either. Accomplish some pressing tasks around the house. How hard will you press?

SAGITTARIUS   (NOVEMBER 23 - DECEMBER 22)
Sagittarians become more interested in applying themselves on the job. It’s a good time to clear off your desk and find shortcuts to inefficient ongoing projects. You are in luck. Supply some expansive thought (and not some hot air). Add a dash of creativity to any routine task. It is time to view everyday life from an entirely different angle. Err prone?

CAPRICORN   (DECEMBER 23 - JANUARY 20)
Capricorns can’t contain themselves. You are bursting with inspiration, spit and fire. Let it all seep Out! You are also the life of the party, commanding  everyone’s full attention and taking control of the festivities. Lucky us.  But control your overhead - fun can cost much more than you expect. Do you really care? Hmm thought not.

AQUARIUS   (JANUARY 21 - FEBRUARY 19)
Concentrate on home-based projects. Aquarians love to entertain and this is one of the best times to plan intimate soirees and delightful dinners with assorted companions. Another benefit of this homey turn of mind is your ability and opportunity to to discuss prickly issues with relatives. Your confidence soars and brings not only the ommph but also the tri-oomph.

PISCES   (FEBRUARY 20 - MARCH 20)
Pisces can take full advantage of the burst of cosmic energy this week to get their point across in a charming and compelling manner. Press your point every chance you get. Not only can you help  clear up any confusion, you can also get to the underlying heart of the matter. There is a great deal of stuff fermenting under the surface. Tap into it. It can be intoxicating.

For those interested in crime solving psychics (as I am...) you might be interested in tuning in to see a new Investigation Discovery limited series called Cell Block Psychics starting this Monday, April 21, 2014 at 9p. Here is the blurb:

For years, the host, a crime psychic medium, has closed cold cases and helped solve high profile investigations. Now she’s meeting with the most notorious murderers and delivering messages from the victims they killed in order to answer unanswered questions. Vicki Monroe is the CELL BLOCK PSYCHIC who will help to bring closure to suffering families.

Three-parter Cell Block Psychic aims to bring closure to grieving families by tasking Vicki Monroe with communicating with the dead, as well as convicted killers, to piece together what happened during deadly crimes. Investigation Discovery series premieres Monday, April 21 at 9p.

Vicki Monroe is a self described psychic, author, radio, cold case file and paranormal investigator. Vicki has been seeing, hearing, and speaking with spirits since the age of 3. She is considered one of the best Spirit Messengers in the world today. It is her hope to bring peace of mind, understanding, and reassurance that life is never ending, and she does this through her many lectures, tours, book signings, personal, group, and event bookings. You can connect with her at:

Blood Moons - What Are They and What Do They Mean? 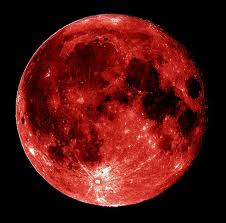 According to pastor John Hagee a “world-shaking event that will happen between April 2014 and October 2015” because of the “four blood moons,” - four consecutive and complete lunar eclipses, known as a tetrad, which begins April 15. The San Antonio pastor asserts the dates of the eclipses signify a major event that will change history.

But what are the Blood Moons? According to EarthSky.org, the blood moon is a total lunar eclipse that has a red hue because it is reflecting Earth. This year, the first Blood Moon eclipse in a series of four is coming up on the night of April 14-15, 2014. This total eclipse of the moon will be visible from the Americas.

What is a tetrad? It’s four successive total lunar eclipses, with no partial lunar eclipses in between, each of which is separated from the other by six lunar months (six full moons)

Does it really portend great Biblical prophesy? According to the Bible, the moon is supposed to turn blood red before the end times as described in Joel 2:31 (Common English Bible): The sun will be turned to darkness, and the moon to blood before the great and dreadful day of the LORD comes.

Dates of Biblical prophecy Blood Moons in 2014 and 2015. These are the dates for the upcoming tetrad – four successive total lunar eclipses – in these years.

The Jewish calendar is a lunar calendar. In any year, it’s inevitable that a full moon should fall on or near the feasts of Passover (15 Nissan) and Tabernacles (15 Tishri). Nissan and Tishri are the first and seventh months of the Jewish calendar, respectively.

Eclipses in general are a time of stress and emotional thinking and therefore should be a time of caution when making decisions. Try not to sign any important documents during an eclipse such as a lease. There will be something that will prove to  be disappointing about it or it will not work out at all. The secret is, of course, that the best action is little to no action. The eclipse brings on an exceptionally emotional time which begins ten days before and lasts for three days after the actual eclipse. The pressure may be on in business, love and money, but wait three days after the eclipse until the shadow of the eclipse is over before you act or decide on a course of action.

As far as Prophesy, I suppose it all depends on what the world leaders do during the eclipse.....