Lena Rodriguez - Tarot Down Under

Lena Rodriguez is a fascinating Australian tarot card reader who has been conducting readings - primarily political - on YouTube. Her forecasts, no matter what your political persuasion, are fascinating as you can see in this July 17 reading:

Horoscope for the Week of July 27, 2020 - Venus Squares Retrograde Neptune

The Starry Eye
By Madam Lichtenstein 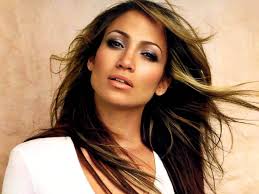 Venus squares retrograde Neptune this week. We fall in love with love and all of its impracticality. There will be times when our emotions can become over the top. So try to keep steady while your Love Boat rocks.

(Jennifer Lopez has Venus in Gemini)

and here's a guide to the best books available this month. This column is (c) 2020 MADAM LICHTENSTEIN, LLC., All Rights Reserved. For Entertainment Purposes Only. Madam Lichtenstein is the author of the best selling astrology book “HerScopes

” now in its 10th printing and available as an eBook.

ARIES (MARCH 21 - APRIL 20)
Will you reveal a big secret unintentionally, Aries? It is very possible as your emotions may go a little overboard and you share something you shouldn’t. Try to listen more than you speak but if you must say something, think carefully first as to how you want to say it. Of course, sometimes secrets need to be revealed... Decide if this is the time.

TAURUS (APRIL 21 - MAY 21)
It can be a very hard time financially for you or your friends. If so, take a more logical view of the situation. It may be hard to put aside your emotions, Taurus, but strategic thinking gets you to where you want to be. Defer dreams and center on the reality. It is easy to be led astray when emotions are involved. Common sense now for dollars later.

GEMINI (MAY 22 - JUNE 21)
There may be times this week when you reassess your professional path. You may be dreaming of something different, better or just more interesting. There is nothing wrong with exploring your options, Gemini, but be sure that your path is one that is attainable and not one big hopeful dream. At this time, reality will be the best path to your success. Plan accordingly.

CANCER (JUNE 22 - JULY 23)
You miss traveling, Cancer, and may want to take some initial steps to expand your world. There will be some tempting avenues to take but be very careful of taking risks during this pandemic. Wishing won’t make things safer. Find ways of exploring remotely and maybe even with virtual technology. Or even enjoy your previous trips on video.

LEO (JULY 24 - AUGUST 23)
Emotions can run higher than usual, Leo as friends reach out to you. They may seek your advice on a range of heavy and dramatic subjects.You can be a sage, a wise advisor or even just a sympathetic ear. Be as patient as you can be and hear them out. But your advice should be more practical and a bit no nonsense now. Be strong to be kind.

VIRGO (AUGUST 24 - SEPTEMBER 23)
Will you be able to spend time with partners and still be able to juggle the responsibilities of your job, Virgo? Emotions may run high as your attention can be diverted and time spent on a variety of things. Balance is important, if you can manage it, But if things become tight,share your feelings with those close to you. They may have the perfect solution.

LIBRA (SEPTEMBER 24 - OCTOBER 23)
You have a lot to do on your “to do” list, Libra. How will you prioritize all of these competing jobs? Don’t over react and try not to base your decisions on emotions alone. Make practical decisions as to what needs to be done and at what time. The squeakiest wheel doesn’t always need the most attention first. Sometimes it’s the quiet stuff...

SCORPIO (OCTOBER 24 - NOVEMBER 22)
Fun may take on an unusual level of intensity now, Scorpio. Anything that you may try to do to relax may wind up to be more work than you first expected. If you are finding yourself getting more stressed and emotional, try to take a step back from that activity and find something else to do that brings your more restful pleasure. Give yourself time to decompress.

SAGITTARIUS (NOVEMBER 23 - DECEMBER 22)
Family relationships may bring on a bit more emotional stress now, Sagittarius. Maybe it is the stress of the times but it seems everyone has their own opinion of the exact same events. Lower the heat if you can and try to take things slowly. The secret is to not over react, especially where especially close relatives are concerned. Lower the temperature with ice cream.

CAPRICORN (DECEMBER 23 - JANUARY 20)
Are you finding that there are some people who are not listening to you when they should? Your careful instructions might be ignored or overlooked. But don’t get antsy, Capricorn. Do the best you can to smooth out any rough situation and then sit back and see how it all plays out. You shouldn’t push more than you absolutely need to. They will learn.

AQUARIUS (JANUARY 21 - FEBRUARY 19)
You may be looking for some relaxing outlets as the past few months have been stressful and confining. Go for it, Aquarius, but do it in a more practical and safe manner. It is still not the time to take any unnecessary risks, especially financial ones. You will find a lot of fun things to do that don’t break the bank. Do they still say that the best things in life are free? Yes!

PISCES (FEBRUARY 20 - MARCH 20)
You may not know what type of first impression you are making on people this week, Pisces. But that is okay. You have supporters who know you well and are rooting for your success. This may be an especially imaginative time for you when your entire appearance can change dramatically. Maybe that is what happens when you cut your own hair...

Astrology About the Pandemic 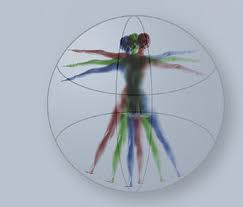 There have been a lot of articles written about whether we were able to predict the pandemic using astrology. Here is one interesting take on it from India and when we might have a reprieve.

Several astrologers have predicted no relief from the novel coronavirus until at least September, even though they disagree on the exact trajectory it would take in terms of number of cases. The country has been under a lockdown since March 25 to contain the spread of coronavirus. But it has infected over 1.7 lakh people as on Saturday and killed nearly 5,000.

“Though the impact of COVID-19 will start reducing by the last week of August 2020, it would take time for the pandemic to completely disappear,” said Divya Bhojak, a noted astrologer from Toronto, holding command in Tarot reading and Graphotology.

Bhojak, an NRI, came to India before the lockdown was enforced and is stuck due to the travel restrictions
“This is a result of our own karma. The nature is giving us a lesson as we completely forgot to protect our mother earth,” she said. Explaining the planetary position, she said, the year 2020 is witnessing six eclipses including three visible in India. Many planets are turning retrograde, meaning an adverse effect for individuals, businesses and other aspects of life, she said.

Kedar Sharma, a senior astrologer from Jaipur, predicts a change to the existing situation after June. “The position of Saturn and Jupiter would change, without making adverse impact on the economy of country,” he said.

Young astrologer Pawan Nishant, and his sister-in-law Shalini Dwivedi from Mathura have earned good reputation for their political predictions.

“Don’t expect any respite from coronavirus until September, since Jupiter, now, is not in a position to shower its grace,” Nishant predicted. The country would witness a sharp increase in COVID-19 cases from June 10, he predicted. He also predicted mass scale damages due to accidents, flood, diseases etc. in coming months.

The noted astrologer of Dwarkadhish temple, Mathura, Ajai Tailang, predicted some relief from COVID-19 after September 23, including invention of a vaccine against the virus. People are suffering, since the noted six stars Saturn, Jupiter. Mars, Venus, Rahu and Mercury are on the common trajectory, full of adversaries, he said.

According to astrologer Ramesh Dwivedi of Jodhpur, the impact of pandemic would decrease after June 30th, and the death rate may not be higher. A drug or vaccine against the coronavirus may be invented after July when Jupiter would change its trajectory, Dwivedi added.

A former officer of the National Museum, Delhi, and young astrologer from Vrindaban, who is known for his novel way of Bhagwatam discourse presentation, predicted a steep rise in the coronavirus cases in the month of June. He, however, added that the mortality rate would not be high.

According to Anjali Girdhar, an astrologer from Delhi, the pandemic and the associated adverse environment are outcome of an assembly of Saturn, Jupiter and Ketu since “Ketu helps the growth of virus”.

She predicted some relief by mid-September. An astrologer from Mumbai, Shreyans Bhojak, also a Tarot Reader and Graphologist, said its impact will gradually decrease after August 2020. However, according to astrology, there is a possibility of a second outbreak if the precautions against the virus are not followed, he said.

He said as per the current planetary position, the world may face different challenges till 2021, including on economic front, natural disaster and crisis in individual lives. Some medicine or vaccine may be available by the end of this year, he predicted.