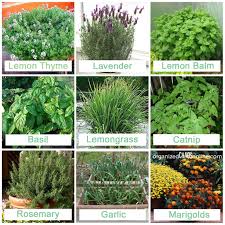 Mosquitoes love me and I can't figure out why. Whenever I am outside, it seems like I can be bitten anywhere by location, city or country, and anywhere on my body. Aside from constantly spraying myself with chemicals, is there an all natural way to create a mosquito repellant? There is.

According to an article in Alternet, aromatherapy mixtures can help repell mosquitoes and are safer to use than pesticides like DEET.

For those looking to avoid toxic chemicals like DEET or permethrin (a possibly carcinogenic insecticide frequently used to treat clothing and mosquito nets), plants might hold the key to repelling mosquitoes. One of the most often cited is lemon eucalyptus

But lemon eucalyptus is not the only option. A 2013 study examined the ability of 20 different plant essential oils to repel malarial mosquitoes. Notably, rosemary, lemon, eucalyptus, neem, and pennyroyal each had no repellent effect. The three best were cinnamon, citronella, and thyme, which were repellent, irritating, and toxic to the mosquitoes. Additionally, they found that cumin, lemongrass, coleus, and thyme were irritants to the mosquitoes at all concentrations. Another 2013 study found that cinnamon repelled the Asian Tiger mosquito, and so did a plant called Herba Schizonapetae

that is used in Chinese medicine. Yet another plant that proved effective in studies is Nepeta parnassicus, a species in the mint family related to catnip.

Unfortunately, plant based products evaporate quickly, which means they must be re-applied. But another study, published in 2001, tried the novel step of adding vanillin to the essential oils it tested on several species of mosquitoes. Vanillin, the primary component of vanilla (which is sometimes created synthetically and used as cheap vanilla flavor), extended the efficacy of the four plants tested (turmeric, kaffir lime, citronella and hairy basil). One commercial product that makes use of this finding is Dr. Mercola’s Bug Spray, which combines citronella, lemongrass, peppermint, and vanillin.

Or, if none of the above works, use Jewelweed

after you get bitten. If you live in the eastern half of the United States, you are in luck, because this beautiful wildflower literally grows as a weed. Grab a few leaves, mush them up in your fingers until they are mucilaginous, and apply them to your bites. Voila! The itch is gone.

Find all of your mosquito repellent using aromatherapy

How to Smell Wealthy Using Aromatherapy 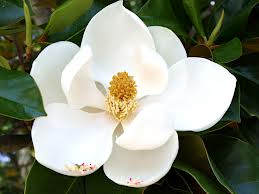 This might be good information for anyone trying to impress - whether in a singles bar, or in a business situation. Try a little aromatherapy to smell wealthy!

As it turns out, the magnolia tree smells like wealth. So spray a little magnolia scented essential oil

on you and see what happens.

This bit of aromatherapy insight comes courtesy of Cool News and perfumer Frederic Malle who is a grandson of Serge Heftler-Louiche, founder of Parfums Christian Dior. In fact Frederic puts his concept into action with Jurassic Flower – a scent that smells like magnolia trees (or prosperity).

The scent was commissioned by the Mark Hotel in New York and permeates its corridors, kind of like "Glade air freshener for billionaires." While it may seem like an obvious idea, Frederic says "most hotels are not scented," although "some casinos" in Las Vegas are. It’s also possible to purchase a spray bottle of Jurassic Flower at his boutique for $150.

Should you visit Frederic’s boutique to get a whiff of wealth, you’ll be directed to a "smelling column … a transparent cylinder about 7 feet high … which circulates the fragrance." You access it through an opening in the cylinder. Frederic says he has "an educated nose," explaining that he approaches his craft like "an art historian." His "education, experience" and powers of deduction enable him to "recognize the component parts and know what to add or subtract to make something special." 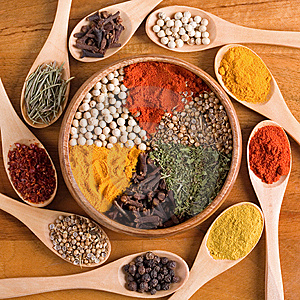 Sometimes the solution to our health ills can be found in the use of everyday products. Our ancestors knew this. Now it is time for us to revisit these useful applications.

It is now thought that vitamin D

can help remove the protein Amyloid Beta from the Brain. This protein is one of the causes of alzheimers.

A team of academic researchers has identified the intracellular mechanisms regulated by vitamin D3 that may help the body clear the brain of amyloid beta, the main component of plaques associated with Alzheimer's disease.

Published in the March 6 issue of the Journal of Alzheimer's Disease, the early findings show that vitamin D3 may activate key genes and cellular signaling networks to help stimulate the immune system to clear the amyloid-beta protein.

Previous laboratory work by the team demonstrated that specific types of immune cells in Alzheimer's patients may respond to therapy with vitamin D3 and curcumin, a chemical found in turmeric spice, by stimulating the innate immune system to clear amyloid beta. But the researchers didn't know how it worked.

"This new study helped clarify the key mechanisms involved, which will help us better understand the usefulness of vitamin D3 and curcumin as possible therapies for Alzheimer's disease," said study author Dr. Milan Fiala, a researcher at the David Geffen School of Medicine at UCLA and the Veterans Affairs Greater Los Angeles Healthcare System.

If you need a technical reason to take vitamin D here it is:

Researchers found that in both Type I and Type II macrophages, the added 1a,25–dihydroxyvitamin D3 played a key role in opening a specific chloride channel called "chloride channel 3 (CLC3)," which is important in supporting the uptake of amyloid beta through the process known as phagocytosis. Curcuminoids activated this chloride channel only in Type I macrophages.

Immune system rejuvenation could cut death from flu and pneumonia in the aged. Also, the potential to cut the incidence of cancer with better immune systems is very real. Rare people have exceptional immune systems for fighting cancer and aged immune systems with shorter telomeres are associated with higher cancer risk.

Is this a joke? It appeared on April Fools Day! Google Nose says that it can connect scent to search. If true, I think this has amazing aromatherapy

applications. So let's say that you feel a little tired, why not search for the scent of citris via Google Nose, take a whiff and get a lift on the go?

Here is a short video on this amazing (?) capability. And check to see what scents can be used for which needs and emotive states in the Aromatherapy section of my blog. 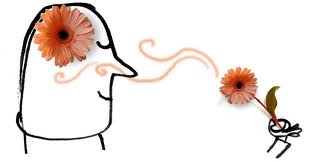 I suppose we should not be surprised but there is a company that is in the business of developing scents that they then infuse into the air of stores and shopping places.

The scents they create are designed to impel you to do things like buy more products and heighten your attention to items for sale.

One company is called SmartFrangrances and it is based in Ramsey, New Jersey.

Aromatherapy, when used for non-mercenary purposes has great personal benficial impact. By the use of carefully crafted oil essences, one can reduce their stress, or feel uplifted or relax or maybe even recuperate from ailments. Aromatherapy when used for mercenary purposes uses the tenets of aroma characteristics to encourage you to spend money on things that you may not really need or want. It is a perversion of the craft ... and it happens every day!

How often do you wander by a bakery and catch a whiff of delicious baked goods that draw you into the store? Or the lovely scent of brewing coffee that compells you to have a cup? That is a type of aromatherapy at work.

Can scent control behavior?
Offerman answer: In general, you want to improve the customer experience: Either to get them to stay longer or to buy more. And now it’s another way of branding, tapping an additional sense to help you promote the company or a product.

And it seems impossible for a shopper to avoid these created scents....

So once you figure out the scent, how do you get it into the environment?
Offerman answer: Nanodiffusion. A machine is tapped into the HVAC system of a building, which sends fragrance oil floating in the air, and takes a dozen minutes before it dissipates. A typical machine goes through about a kilo of oil a month.

If you want to learn more about aromatherapy and do it yourself, try this Aromatherapy starter set