Last year I found some information of how the placement of voting booths in a polling site can impact how people vote. This post, called Voting Booth Feng Shui might be even more applicable for this year's Presidential election.

Let's be cognizant of where and how we vote this year.
----------
If you'd like to learn more about feng shui in general, here is a highly recommended book to read: Move Your Stuff, Change Your Life : How to Use Feng Shui to Get Love, Money, Respect and Happiness 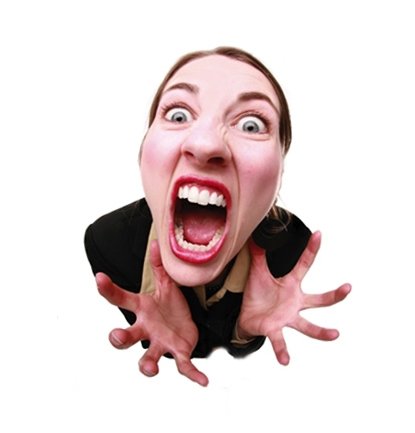 Arguably there is no more stressful place than at work. Where else do you have to navigate bureaucracies laden with assorted career death traps. But relief and general mellowness can be achieved with a few simple Feng Shui techniques.

Feng Shui is the ancient Chinese art of placing furniture and objects in a way that increases harmony and reduces stress. One particular book that helps us achieve calmness in any room is The Feng Shui Workbook: A Room-By-Room Guide to Effective Feng Shui in Your Home and Workplace

. Here are some steps you can take asap to lower the volume and increase the peace:

1. Eliminate clutter - junk around your workspace blocks the flow of energy and makes you feel more tired.

2. Sit in the "Belly of the Dragon" - back to the wall, support on both sides and the wide expanse in front of you - which means that you should try at all possible to face the door and do not sit with your back to it. If you can't move your desk, place a mirror beside you so you can see what is going on behind your back. Add a few pictures of mountains or tall structures on your back walls. Also get a chair with a taller back and arm rests, if possible.

3. Add other things to increase the "Zen" such as colorful accessories (warm colors for energy and cool colors for calm), plants (especially with rounded leaves) and perhaps some aromatherapy scents that complement the degree of energy you need. Add a crystal to lower the electromagnetic rays from the pc, printer and fax machines.

You might also want to try a course on feng shui. A Master Course in Feng-Shui: An In-Depth Program for Learning to Choose, Design, and Enhance the Spaces Where We Live and Work

Tags: feng shui in the workplace 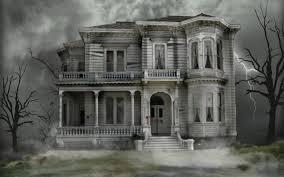 Have an apartment to sell in Hong Kong that may be haunted? Prepare to lower your price according to Business Week.

There’s a grim phenomenon in Hong Kong’s real estate market: discounts of as much as 50 percent for home seekers willing to live in an apartment where a murder has occurred. Unnatural deaths typically result in rental discounts of 10 percent to 20 percent and can be more than double that for killings, says Sammy Po, head of the residential department of realtor Midland Holdings. Chinese believe such places, known as hung jaak, the Cantonese term for haunted apartments, are unlucky, he says, adding that “the Chinese really do care” about living in these places.

This year, Hong Kong had almost 190 apartments or homes where an unnatural death took place, including murders and suicides, according to a database compiled by Square Foot. The website lists the date of the incident, the address, the district, and a brief description of the death. Among recent listings were an apartment where an 18-year-old male student slipped a plastic bag over his head last month and jumped to his death; one where a middle-age couple, plagued by financial troubles, committed suicide by inhaling burning coal smoke; and another where a mother was hacked to death by a mentally unstable neighbor while protecting her two daughters.

Superstition and geomancy beliefs run deep in Hong Kong, where people also shun sites close to cemeteries, hospitals, and churches, which can be considered unlucky. Buildings typically omit the fourth floor because the number is a homonym for the Chinese word for death—much as many U.S. buildings don’t have a 13th floor. Property developers rely on feng shui, the Chinese practice of arranging the physical environment in harmony according to beliefs about energy and design. “For those growing up in Hong Kong, feng shui is hammered into your mind, even if you don’t believe or understand it,” says Ng Wai-pok, a former lecturer in feng shui at the University of Hong Kong. “A large part of it is psychological, but there is also the metaphysical.” 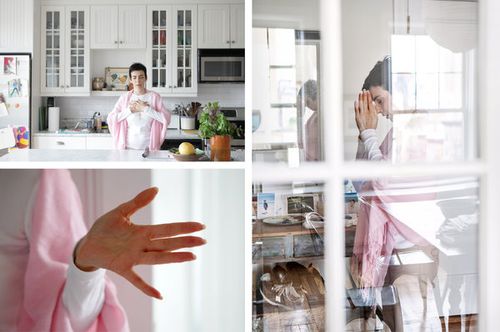 I have always lived in relatively new apartments - ones that were unlikely to have any lingering spirits or bad energies in need of calming down or expanding up. But for those who live in old homes, those with long histories, you may have found yourself in need of a spirit cleanser. Someone to clean your house in a less dusty way.

Spirit removers spiritually clean, with some amazing results. Here is an excerpt of a longer article on the subject.

Bhakti Sondra Shaye does windows. She also scours microwaves, refrigerators, dishwashers and closets. Ms. Shaye, 49, who has an M.F.A. in creative writing and practiced for years as a corporate lawyer, is no mere clutter buster. She is what is known as a space clearer. And she was there to perform a really deep spring cleaning of an apartment, beyond anything the vacuum might reach — way, way beyond. The dust bunnies were safe; it was bad vibes she would be Hoovering up.

Beloved by reality television show producers and Manhattan real estate brokers, space clearers like Ms. Shaye barely garner a raised eyebrow anymore. Running off the fumes of the big four religions, with a lacing of indigenous ritual and a dash of early 20th-century palaver — Madame Blavatsky by way of L. Ron Hubbard — the shamans and healers, mystics and mediums of the last century’s not-so-New Age have become indispensable exterminators for certain homeowners in New York and other big cities, who summon these psychic scrubbers to wash their apartments and town houses (as well as their offices and even some events) with ho-hum regularity. They get more publicity than most decorators and architects, and have armfuls of testimonials from brokers at companies like Core and Corcoran.

Uncertain times, it seems, call for unorthodox housekeeping — or “that extra advantage,” as Desiree Gruber, a founder of “Project Runway,” put it.

Jeff Sharlet, who has written extensively about faith and religion in this country (his last book, Sweet Heaven When I Die: Faith, Faithlessness, and the Country In Between

came out in 2011), would argue that woo-woo ablutions are no longer merely a coastal practice. “It’s in many ways a small-town Midwestern phenomenon, a red-state phenomenon as much as a blue one.”

Fair enough. But why clean so, ah, thoroughly? Why not? asked Dominic Teja Sidhu, 31, a curator, creative director and art adviser who said he calls upon Ms. Shaye for all his projects, including photo shoots, gallery shows and art installations. “It’s very affordable, the cost of a car service, and the money is going to such a good place,” he said. (Regarding the money: Ms. Shaye charges $50 for a project clearing, $250 for a remote home clearing and from $350 to as much as $1,000 for an on-site zhoosh of an entire house.)

Like Ms. Shaye’s Web site, Ms. Biziou’s erupts with testimonials, including those from marketers at Coca-Cola and Coty, as well as a founder of the spin studio SoulCycle and a former ambassador. What has changed in her 20-year practice, Ms. Biziou said the other day, is her client base, which in recent years has widened from those mostly in the entertainment industry to those in “the straighter professions,” as she puts it, “doctors, lawyers, Wall Streeters.” Another growth category, she said, is divorcing couples and the post-divorce house clearing.

I admit that I hate chain letters. So you can ignore this one too. But unlike the other ones, this one has no real consequences for not forwarding. In fact, forwarding brings a possible monetary reward (which is always a motivator for me). That is ... if you believe.... And it has everything that I like - feng shui, Chinese prophesy belief, Numerology

. I have forwarded it and will let you know if any monetary ka-ching comes into my life.

Money bags
This year, July has 5 Fridays, 5 Saturdays and 5 Sundays. This happens once every 823 years. This is called money bags. So, if you forward this to your friends, money will arrive within 4 days. Based on Chinese Feng Shui. The one who does not forward.....will be without money.
This year we're going to experience four unusual dates. 1/1/11, 1/11/11, 11/1/11, 11/11/11 and that's not all... Take the last two digits of the year in which you were born - now add the age you will be this year, The results will be 111 for everyone in whole world. (Actually this works for me...) This is the year of the Money!
The proverb goes that if you send this to eight good friends money will appear in next four days as it is explained in Chinese FENG SHUI.