Museum of the Paranormal 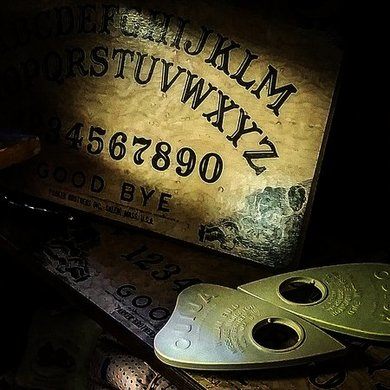 The Archive of the Afterlife in Moundsville, West Virginia bills itself as the “National Museum of the Paranormal.” It’s packed with oddities that are historical, and in some cases, allegedly haunted or cursed.

You’ll find relics from the former West Virginia State Penitentiary, such as what the museum claims is the the lost execution cap to the electric chair “Old Sparky.” There are also battle-damaged artifacts from European battlefields from World War II.

A majority of the room is filled with supposedly haunted items from residential paranormal cases and collected from here and there. Some say a few of these items seem to be more “charged” than others, such as the Annie portrait, the mutilated effigy doll, and the aforementioned execution cap.

The rest of the room harbors funerary and mortuary items, which includes two embalming tables, one embalming pump, and two service display caskets. One casket is for adults and the other is for infants. The funerary items are accompanied by an array of funeral home advertising and signage.

The museum is located on the second floor of the Sanford Community Building, which is formally known as the Sanford School or the 3rd Street School.

Seasonal hours (April 1 to November 30): Tuesday to Saturday, 1-6 pm. Off-season hours (December 1 to March 31): Friday to Saturday, 1-6 p.m. $5 per person. It's located on the second floor in room #202. Keep in mind that the museum is geared at not only entertaining its guests, but also having some information for educational purposes. All ages are welcomed, but there may be some content that the guardian(s) may want to be wary of for their little one(s). Added, the museum's personnel stresses that each person enters at their own risk and that they are not responsible for any physical, emotional, mental, or spiritual harm that may be experienced by each individual guest. 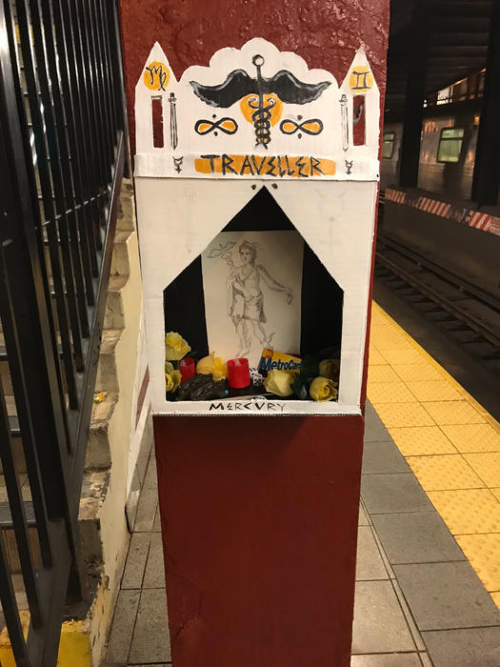 Mercury, the planet of communication is also one for travelers. Now during the pandemic, a shrine to Mercury has been spotted in Brooklyn in a subway station. Let's hope this helps us get to our destimations safely and on time.

Get Yourself a Ghost 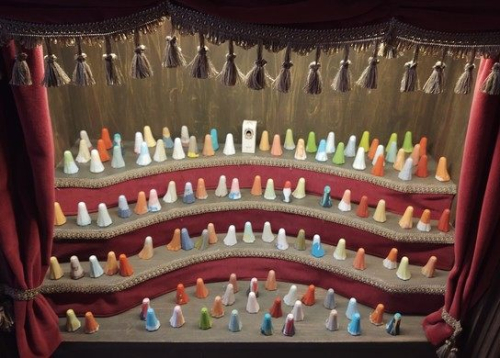 Messrs Bloodworth, and McArthur, members of the Sorrowful Guild of Master Ghostmakers, opened this shop on York’s famous Shambles street in 2019, with the intention of selling original York Ghosts.

With the city considered one of the most haunted in the world (occasionally nicknamed The City of One Thousand Ghosts), it would make sense that many souvenirs contain phantasmagorical features. The York Ghost designs favor the more playful “bedsheet with two holes” depictions of ghosts. This tongue in cheek seriousness permeates not only the small ghost sculptures, but the entire store.

The building currently occupied by the York Ghost Merchants dates to 1780, with the ground floor acting as the sales space. Here, around 1,000 ghosts can be found at one time, surrounded by ghostly images hidden in the furniture and plasterwork. There are other fun features around the shop such as a miniature train that is sometimes used to deliver ghosts to their new living companions. The upper floors are where the workshops used to create these spectral beings are located.

The ghosts are small sculptures made of a material considered a trade secret by Bloodworth and McArthur. The material can feature several colors and most of the ghosts sculptures contain psychedelic patterns. There are also special edition creations that have become collector’s items. All York Ghosts feature the makers’ mark of two torches alit, crossed and upside down, a throwback to Victorian symbolism.

Join us for a virtual Halloweek—a full five days of otherworldly online experiences that you can Zoom into live, or watch later, with the lights on. Celebrate Victorian Hallowe’en with Nina Nightingale, embark on some scary spelunking with Tyler Thrasher, and talk tomb-raids and stolen bones with Erin Thompson and Kylie Holloway. Get your tickets now; it’s possible they may, at any moment, disappear into the night.

With the human world possibly more chilling than the spirit realm, Halloween festivities will likely look a little different this year. But for those with an affection for the mysterious and the morbid, a soft spot for seances, or a passion for the paranormal: we’re here to get you into the SPIRIT of the safe, socially-distanced season!

Beginning next Monday, join us for a virtual Halloweek—a full five days of otherworldly online experiences that you can Zoom into live, or watch later, with the lights on. Celebrate Victorian Hallowe’en with Nina Nightingale, embark on some scary spelunking with Tyler Thrasher, and talk tomb-raids and stolen bones with Erin Thompson and Kylie Holloway. Get your tickets now; it’s possible they may, at any moment, disappear into the night.

And many more - check the link above. 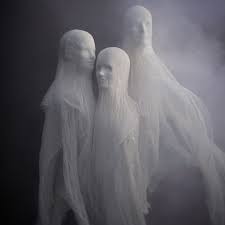 Atlas Obscura is offering what appears to be a fascinating program on spiritualism and politics to be held virtually on October 6, 2020 at 7p eastern time.

Here is the blurb:

Atlas Obscura is excited to present a lively and intellectually vibrant presentation, with PEN Award-winning historian and occult scholar Mitch Horowitz, who will explore the little known historical ties between alternative spirituality and radical politics!

During this hour-long presentation, Mitch will dig into the connection between Spiritualism and the emergence of suffragism; the magickal system of hoodoo in the life of abolitionist hero Frederick Douglass; the trance medium who became America’s first female presidential candidate; the mind-power metaphysics of black nationalist pioneer Marcus Garvey; the socialist author behind “The Science of Getting Rich;” and more! Mitch unveils not only our shared secret history, but how occult figures and thought systems have shaped our response to the current moment. This is edge-of-your seat history—veritable and unknown.

Only $10. Order your tickets here.