The Integratron - The Perfect Place for a Sound Bath

When you are next in Palm Springs or Joshua Tree California, check out The Integratron which is a 38 ft tall cupola structure designed by Ufologist and Contactee George Van Tassel. In designing this beautiful structure, Tassel claimed that it was capable of rejuvenation, anti-gravity and time travel.

He built The Integratron in Landers, Califronia (near Joshua Tree National Park

), supposedly following instructions provided by visitors from the planet Venus. The Integratron machine was started in 1957, the structure erected in 1959 and was financed predominantly by donations, including funds from Howard Hughes.

After Van Tassel's death in 1978, the building had a series of owners (and was left in various states of disrepair) before sisters Joanne, Nancy, and Patty Karl bought it in the early 2000s. The sisters promote the Integratron as an "acoustically perfect structure," give tours and offer "sound baths" they describe as "...meditation-like sessions accompanied by tones from quartz bowls." 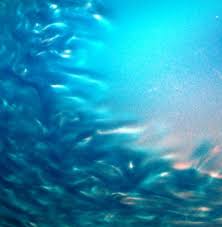 I had my first sound bath a couple of weeks ago and I had to admit, I didn't know what a sound bath was until my friend suggested that we go to one. Hyperallergic says that in recent years, meditation sessions guided entirely by sound have become increasingly popular. Known as a Sound Bath

, they invite participants to simply lie down on mats while soothing instruments such as singing bowls, tuning forks, and gongs chime softly throughout the entire session. They speak to the healing power of sound; chances are you’ll find a meditation center, yoga studio, or spa near you that offers them.

My session, at NYC's MNDFL on east 8th street was like curling u p in the dark under the covers and meditating while listening to gongs, bells and other gentle chiming instruments. It was very soothing.

Claire Voon told of her experience in a magnetic sound bath - I found my timed magnetic sound bath more transportive. I felt disjointed from my physical surroundings and detached from heavy thoughts; my body seemed buoyant and connected only to the many layered vibrations, which, rather than simply aural, seemed tangible. I felt akin to one of those thin metal strings, as if I were quivering gently but with complete stability. When the session ended, I was still physically tired, but my mind felt clear and ready to focus.

It is something to be experienced.

Mindfulness Opera - Arguably Not For Everyone

I happen to like opera. And I happen to like yoga. But putting them together, for me,,is like sprinkling chocolate chips on your cheeseburger. Separately - they are great. Mixed together? Maybe not so great.

But if you are much more experimental than I, check out the first ever ‘Mindfulness Opera’ which features  4 Hours of Silence, Meditation and Yoga. Here are the details from yogadork.com :

Silent music to your ears? The Gods of yoga and opera have joined together for a match made in “an inner journey of mindfulness, with periods of meditation, rest, communal eating and a gentle yoga session” heaven.

As part of the four-hour long performance (note: that’s really long, even for an opera) audience members will be required to stay absolutely silent while mezzo-soprano Lore Lixenberg accompanied by seven musicians play around with the relationship between sound and silence.

Lost in Thought is a Buddhism-inspired “inner journey of mindfulness” with the concept and music by composer Rolf Hind. It’s based on “the classic structure of an extended meditation,” a spokesman for the Barbican said. Hind is also involved in the research of mindfulness meditation and its relationship to the performing arts at the Guildhall School of Music and Drama.

“Exploring the points of contact between sound and silence in music and meditation, Lost in Thought will be an immersive musical performance in which the boundaries evaporate between performer and audience, between time and experience,” said Hind.

LSO St Luke’s – London Symphony Orchestra where Lost in Thought will be performed | via www.sophiemutevelian.com

Ohh. Sounds beautiful and surreal. (Side thought #1: Is this what neo-arts-loving-intellectual fancy hippies are into now? Side thought #2: is marijuana legal in London?)

Mindfulness, meditation and a meal at the opera. Actually, that sounds like a great preparation for a four-hour nap! Oh, we kid. It’s certainly an interesting high-art concept, and while tickets will probably be out of our price range (besides the whole flight to London thing), we’re pretty sure we’d pay to see the lady and gentleman opera-goers experience this sort of hands-on event. After all of the meditation, yoga, listening to opera and eating vegan food, audience members will then have to clean their own dishes in a “communal performance,” which we imagine will be exceedingly difficult and fabulously entertaining with all of those white gloves everyone will be wearing.*

*We assume everyone in London still wears white gloves to the opera and sticks their pinky fingers out when sipping tea. Don’t ruin our dream.

Ring tone therapy is becoming all the rage in Japan which is on the cutting edge of cell phone usage. A company called Japan Ringing Tone Laboratory claims that they are developing a series of ring tones that will help hay fever sufferers and even those who are overweight.

The Japan Ringing Tone Laboratory is led by Matsumi Suzuki, an expert in voiceprint technology. To use these so-called "therapeutic" ring tones all you have to do is to wait for a call from your mobile phone. For hay fever sufferers, the sound of the ring tone is supposed to dislodge pollen if the user holds the handset up to their nose. Another therapeutic ring tone is for those trying to lose weight.

While this is all very interesting, it is not totally proven out. However just for fun, I like Lab's  astrological rings tones. The Lab offers a range specially tailored for the needs of people with different astrology star signs, such as one for Taurus, the bull, complete with mooing.

As for me, I will try my luck with all sorts of ring tones

to see what works for what.

I am not sure that I like to exercise while I attend a concert but evidently I am alone in that thought. According to an article in the New York Times there is a new festival that enables audiences to stretch while they listen.

The funk-soul band the Dap-Kings and other bands are providing the background music for powerhouse yoga sessions at a new festival called Wanderlust. Wanderlust blends indie rock and yoga. From Friday to Sunday, visitors could study self-massage and meditation early each morning and hear groups like Broken Social Scene, Girl Talk and Spoon at night.

The setting — the verdant hills of Squaw Valley, a ski resort, usually empty off-season — provided an almost surreally beautiful natural backdrop. All of the concerts and many of the yoga classes were held outdoors; the main stage for music was 8,200 feet up a mountain, reachable only by gondola.

For those who don't have Wanderlust to travel, try this yoga DVD: