What Can Mets Expect From Jason Bay? 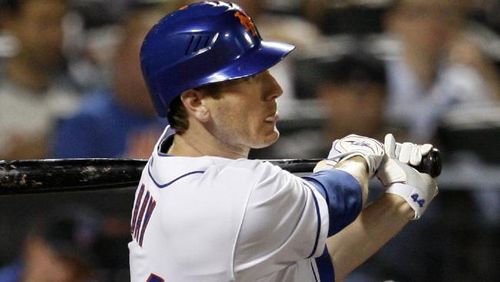 For Jason Bay, 2010 was a year he'd like to forget.  In fact after crashing into the wall at Dodger Stadium and suffering post-concussion syndrome, he might have been forced to forget alot of it.  It was not supposed to be that way for Bay who signed a multi-year contract with the Mets amid speculation he really did not want to sign here.  That was a notion Bay later refuted but the sense was there the Mets were not his first choice.  And talking to Bay in spring training last year, he really felt there was talent on the Mets and thought the team could surprise.

And the team did surprise in the season's first half topping out at 11 games over .500 at one point before the second half meltdown after the All Star break.  But Bay never seemed to get untracked offensively while ironically proving to be a much better defensive player than advertised.  You also got the sense Bay got a little spooked by the dimensions of CitiField as his power numbers were not up to snuff.  He was starting to feel better at the plate by mid-season but then that fateful day in Los Angeles ended his season prematurely.

Bay spoke to me at the end of last season and expressed regret that he got to play so little alongside Carlos Beltran.  "We were like ships passing in the night this year-just when he got back I got hurt and so I do not think we ever got a chance to get things going.  I still feel in 2011 with myself, Beltran, and Pagan we have a real good trio of outfielders."

If the truth be told, there may not be a better trio in the league if they are all healthy and producing.  The back of Bay's baseball card indicates the Mets can expect big things from him in Year 2.  In fact, a middle of the lineup featuring Beltran, Wright, Bay and youngster Ike Davis could be pretty productive even in the spacious alleys of CitiField.

My thought is Bay will return to his 90-100 RBI efforts of seasons past and 2010 will just be a speed bump for him.  If that is the case, the Met offense could have a much different look than it did in 2010.

Tomorrow: Beltran and Reyes in Contract Years--Good Or Bad For The Mets?