A Conversation With David Wright

Today in Port St Lucie I had a chance to go one on one with David Wright. We chatted about the following topics:

Here is that interview:

Coutinho Goes One On One With Lucas Duda

Today in Port St Lucie I had the chance to go one on one with Mets First basemen Lucas Duda. We talked about expectations surrounding the Mets and how this spring training seems a bit different from some of the others in Met history.

Here is that chat:

The Real Story Behind The Met Lineup 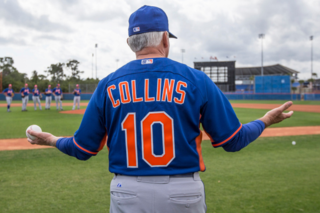 When I arrived in DC I expected to talk about Mejia's injury or maybe Matt Harvey returning in the finale of this series on Thursday afternoon but instead I was caught in the middle of this insane story about whom constructed the Mets Opening Day lineup. Was it Terry Collins or Sandy Alderson?

Well I decided instead of pontificating about the merits of the insanity I heard on the airwaves I was going to have some conversations with both Terry Collins and Sandy Alderson. Now there's a novel concept--actually talk to the people involved before going on a rant.

Terry generally meets with the media 3 hours before the game and I decided I would talk to him after it rather than in a group setting. My 30+ years as a reporter has given me access to many things and one of them is that good managers get feedback from all sources inside their organization and hearing these stories I found it hard to believe that Collins and Alderson had a "Moneyball" type of conversation we saw in the aforementioned movie.

During the pre-game presser as a joke, Sandy Alderson came in and gave Terry a lineup card which further proved to me the story was a bunch of nonsense. But Terry and I spoke privately and he told me the following, "Rich I had the first conversation about the lineup with Bob Geren back in February while we were bowling together in Port St Lucie and again while we were in Texas finishing up our pre-season schedule. At no point was I EVER ordered to run a certain lineup and that notion is totally untrue."

Speaking to Sandy, I got the same response and please understand this--General Managers constantly talk to managers about lineups and that feedback is important but the final decision rests with the manager. I can tell you this because I was one of few reporters who got along with BOTH Bobby Valentine AND Steve Phillips and Bobby was NEVER ordered to run a certain lineup. And that was two men who lets just say were not best buddies.

What really annoyed me about this was this story got in the Twitter universe and the 2 people involved were never quoted until today. But it speaks to a grander problem in our industry--the game is not enough. To me the Met story today was who will be the closer tonight? Will Jacob deGrom have a great second season?  How excited is the team about Matt Harvey's return? That's baseball and the other stuff is all nonsense. Does this guy like this guy? Do they get along?

When did we all become gossip columnists or National Enquirer editors? Who cares who chose the lineup--it was a group effort and the baseball people (including Terry Collins) thought it was the best way to win. And guess what? The Mets won the game so what is the big deal?

I am sure Joe Torre in all his years with the Yankees asked for other opinions on lineup construction  from Willie Randolph or Don Zimmer for instance and it was never a story. A good baseball manager asks for input because he wants to corner all facets of a certain lineup decision in order to put a winning lineup on the field.

The other thing here is people thought they had the answers to LineupGate when they are never around the team and more importantly never have to face the people they have cast dispersions on in reporting about this.

Enough of LineupGate. The next 2 days are about a Met team that is trying to send a message to themselves they can beat a Nat team that leveled them last year. Granted it is a Nat team that is missing some key players but nonetheless it could be an important start to the 2015 season for the Mets.

That's baseball talk folks and I love talking about a sport I love. I will leave the gossip talk to the people who produce those shows. It honestly does not interest me one bit not when I am about to see last year's Rookie Of The Year battle Jordan Zimmerman and then see Matt Harvey take on Steven Strasberg on successive days. 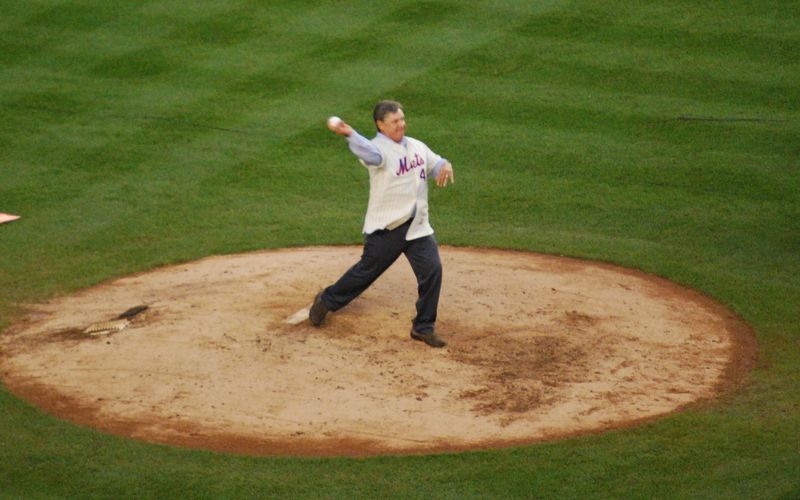 Was Tom Seaver the best starting pitcher in NY baseball history? Well, The Hall Of Fame voters certainly think so as he received the highest percentage of Hall Of Fame votes ever. Tom is a very special man and I want young Met fans to understand that so I am posting an old one on one interview I did with The Franchise back in 2008 on the last day Shea Stadium was open to the public. It was a tough day for all Met fans but share the greatness of Tom Seaver with every young Met fan you can.