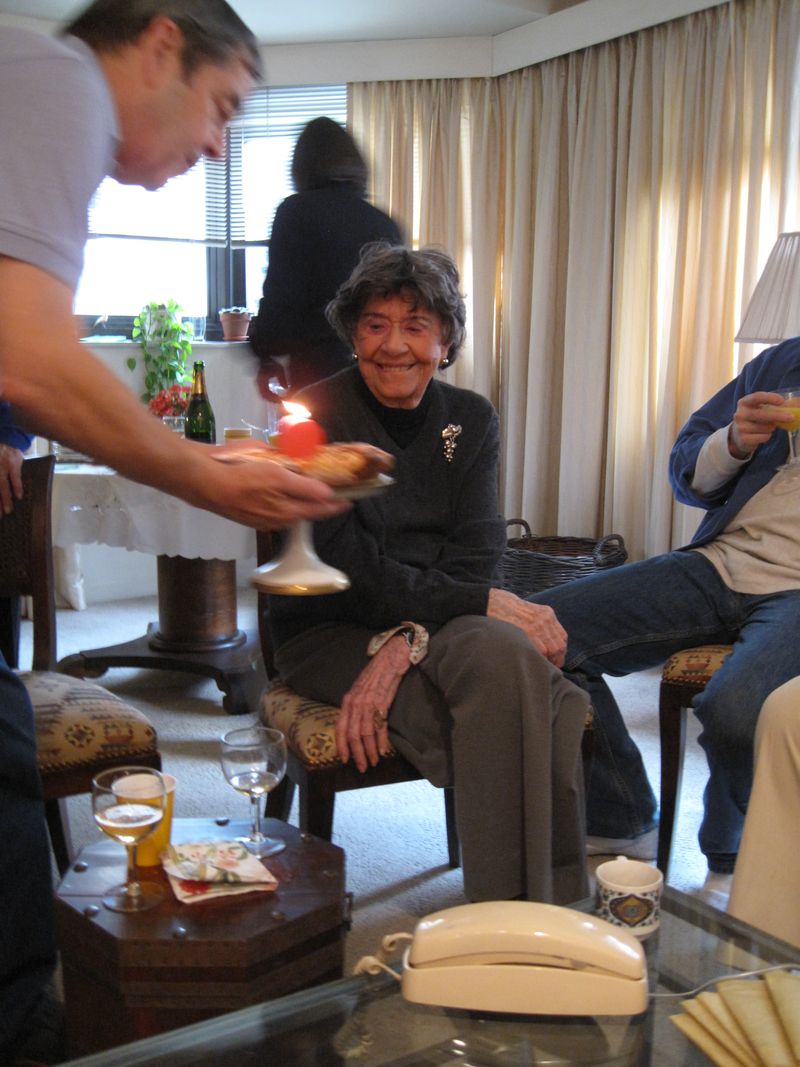 The question, "What do I do with the rest of my life,'' repeats itself like a needle stuck repeating notes on an old phonograph record.  The question never occurred to me until the trees were losing their leaves in the autumn of the year I turned eighty.  At the time, I'd just finished the first essay of this collection of personal essays and a quick rush of adrenaline flowed through me.  The manuscript read better than I'd expected. But very soon my euphoria disappeared followed by the sickening thought, "Oh God, I'll never live long enough to complete the collection.”

Until now I've never obsessed about being a few miles from the end, although I do think about it occasionally.  Every so often it comes up in conversation with a friend of my decade, mostly in a casual way, like a verbal shrug, such as my friend, Isabel saying, "I'm thinking about going to Paris this fall; who knows how much longer I'll have the strength to travel?"  Or when I talk about taking a three year lease on a small country house, the word “time” flutters through my mind.  But at eighty the process of writing a book forces me to come face to face with the parameters of time, knowing that possibly I am starting something I may not live to finish.

After my eightieth birthday, when such thoughts came to me, I opened my computer, then, instead of working on my manuscript, I spent the morning with Google or sending emails to friends.  Finally, when I could no longer endure my own company, I thought about taking off for England over the Thanksgiving holiday.  Perhaps by spending a long weekend at the country home of my friend Gillian and her husband, Richard, I'd be able to take a break from thinking about writing or dying. I knew I'd be welcome.  Gil and I were room mates in college and, although she later married and moved to London, we've remained dear friends, phoning one another weekly, exchanging news, pouring out the joys and miseries of our lives.  So when I telephoned to check on their agenda, I was not surprised when Gillian practically shouted, "COME, COME."

I made my reservation, boarded my dog, Charley, with a friend and packed a weekend bag.  As the plane lifted off the runway I thought, nothing could suit me more than spending some days with Richard and Gillian in  their great old house with its hidden nooks and alcoves, its floor to ceiling bookshelves in the library, and the whiskey, sherry and gin bottles lining the sideboard, waiting to be drunk at one's pleasure. I loved hearing the logs crackle in the hearth from morning until night when we'd finish our last drink before bed.

Gil and Richard were waiting for me at Heathrow and by the time I got through customs and retrieved my luggage I was already jet-lagged and exhausted.  When we reached their house in Moreton, two hours later, I went straight to bed and fell into a dreamless sleep.

The next morning, after breakfast, the three of us meandered through wooded paths with Posey, their golden retriever. Wandering along the cobbled street of the small village we passed a postbox, a thatched roofed sundries shop and the local pub.  At the end of the road, we found ourselves at the entrance of a church surrounded by a 15th century cemetery.  Reading some of the names and dates on the headstones--Arthur Perry, Ian Armstrong, Elizabeth Eastham-- I tried to imagine what their lives had been like, knowing they had slept beneath these headstones for hundreds of years.

Richard read some of the stones out loud to us. "John Fry 'Poet Laureate of his class 1740. Sleep with God, my son, you gave yourself to your country." When I tried to imagine John Fry, I imagined a patriotic poet of the eighteenth century and wondered if he ever considered that his own headstone would be read by others a few hundred years after he was gone.

Some of the graves were cared for, others were left to sink into the soil as weeds climbed their stones. After awhile, Richard stopped reading the stones and we walked the rest of the small cemetery in silence. On our way home it began to rain, so we dashed for the cover of their porch and sat there not saying a word, merely trying to catch our breath. After a few minutes Gillian asked me the question that brought me back.

"Jeanne, I know we decided at fifty not to discuss birthdays, but wasn't it your eightieth birthday last month?''

"It was but let's talk of anything else.''

"Why?" Richard looked up at me. "Your health is good; you look great. Happy Birthday."

"Right, I'm only six months behind YOU'' Gil chimed in. "Happy birthday. What are your plans, now that you've reached such a landmark?"

I hadn't planned to mention my apprehensions, and my thoughts were still back at the cemetery as I answered. "I've started a new book, but I'm not sure I'll keep on with it."

"Oh Jeanne, you must. Why wouldn’t you?  Your last book about twentieth century art was ‘right on.’ You've no idea how much I learned from that book."

There they were, my dear friends, encouraging, supportive. I changed the subject, and then we spent the rest of the morning, with me half-listening while we gossiped and Richard told us about some of the plays he'd been reviewing. But there was no way I could keep my thoughts from nagging at me, questioning: have I enough passion left to continue writing this book and enough time to finish it?

For so long I'd regarded age as never more than a number and, before turning eighty, never considered that my fierce ambition and energy would ever wear down. Perhaps my passion has mellowed some, yet I'm not prepared to sit quietly viewing the passing parade of life, while waiting for my demise.

"Shall we eat lunch early?"

Gil looked at me curiously. "I asked if you're ready for lunch. Frittata and salad."

"Sounds good. Fine with me.”

With that we went into the house and had lunch. Afterward Richard went upstairs to work on an article, a review he was writing, while Gil spent the afternoon in her studio submerged in the plans for her new garden and I decided to look in their library for something to read. Glancing over one wall of books then another, a title on the top most shelf stopped me.

"The Journey Not the Arrival Matters:  An Autobiography of Leonard Woolf." All I knew about Leonard Woolf was that he was the husband of Virginia. I climbed the step stool and reached for the book. Leafing through the pages, reading a word here and there, one sentence held me. "The storms and stresses of life, the ambitions and competitions are over."

I hugged the book close, poured a glass of sherry and curled up on the sofa. "It's the journey that matters." Woolf re-iterated the thought in so many ways, that the most important thing in life is the process of doing and not the end result. As I continued reading I felt my nerve ends relax and my pores opened to absorb his every thought. Three hours later I finished Woolf’s journey, closed the book and dozed off. A few hours later, I woke up sweetly, not  wanting to move. The house was quiet. It had stopped raining. Daylight was closing into dusk; the logs were slowly simmering into slices of burning ash.

Suddenly Gil called from her studio, "Come on up, I want to show you the plans." Less than a year before, she had been the proprietor of a small, quaint, flower shop in London known for her Victorian bouquets for weddings and anniversaries. Then a few months before my visit, never having mentioned her plans before, she called to tell me she had sold the shop.

I climbed to the fourth floor where she had turned the attic into an enormous studio with cork walls and two architect's tables. Taped to the wall were five drawings of gardens each measuring four feet by four feet. On the tables were cardboard models of each. One room, as she called them, would grow masses of white poppies, another of irises and delphinium. Among the various beds she intended to plant blue bells with wood cyclamen, flowering herbs and rare plants. When the project was completed, she explained, each room would be subdivided by box hedges.

"How do you like it?" Her excitement as she spoke of her plans was as if sparklers had been tossed into the air and I shook my head in amazement.

"Gil! That's a major a project! It sounds as if you're planting an estate garden, you know, like a miniature of the Sissinghurst gardens! Did you plan this when you decided to give up the shop?"

"No," she hesitated. "I loved having the flower shop only I knew I wanted to do something else in my life and this is sort of an extension of it. We're breaking ground next week and I can't wait. Do you think I'm mad?" She looked at me quizzically. "Richard does." I gave her a quick hug.

"Not exactly, but since neither of us has a forever ahead, how can you possibly finish an undertaking of this magnitude in one lifetime?"

"It doesn't really matter, does it?" She shrugged.

I was quiet repeating her words to myself----"It doesn't really matter does it?" "That's just it, Gil, I don't know."

"Stop thinking so much, lovey; let it go, it will come."

I went to the kitchen, set up the tray and filled the ice bucket. Taking glasses from the cupboard, searching for lemons in the fridg, cutting a piece of stilton for the cheese board, my thoughts returned to Leonard Woolf.  He had it right. The journey, the process of Gil creating her garden, my struggling to find the right word, the perfect sentence.  It's always been the working, the “doing” that's brought on the rush of my adrenaline and meant the most.

Lifting the tray, I carried it into the library. I felt light, free, as if I’d come back to me. Before I left home, I’d put the manuscript away, but I knew when I returned and sat down at my desk that the next essay would be waiting for me.