Charley and Me
Louie's Rose

The Allure of the Obit Page 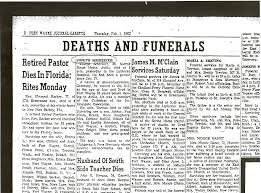 which is a collection of sixteen creative essays, ruminations on love, life and loss. I hope you enjoy it. Please order the complete book From My Vintage

The Allure of the Obit Page

I can’t recall when I first read an obituary column in the local paper but, it must have been a sensationally juicy column because for the past twenty years I have found myself reaching for that page first before looking at the rest of the paper.  So many names seem vaguely familiar.  Sometimes I think back:  did I know him or her a long time ago, were we in high school together or did we meet at someone’s dinner party or possibly sit on some committee together?  Now at the age of eighty it shouldn’t be a surprise, yet it’s always a bit of a shock when I find a name I do recognize.  I’ve wondered if it’s the thought of my demise that makes it easier knowing – well everyone dies? When I discover the name of a celebrity or a famous person, I settle down and enjoy the half page or more describing his or her life style. It’s like reading a compressed biography minus the hard cover.

Recently I saw a name that was only vaguely familiar but enough to produce a quick catch of breath. Mary Bennet. I tried to recall the name. Mary Bennet, did I know her?

Beneath the headline were two columns describing her life. “Mary Bennet, poet and teacher dies at 77.” The article went on to say she published a dozen books of poetry and, until 1980, was president of an Ivy League college. Of course! We were in Mrs. Olmark’s English Lit. Class together. Odd, I hadn’t seen nor heard of her in fifty-two years, so I wondered what produced the extra heart beat I felt on reading her obituary.

“Ms. Bennet married Augusto Candiotti, an Italian painter after her graduation from Smith and moved to Rome. They divorced two years later, Bennet returned to the States received her Masters at Columbia University in New York City, and married John Bolin, a lawyer from Boston she had known since childhood. They produced two children, Florence, 31, and John Jr., 28”.

I remembered only a tall thin blond girl, a brilliant student, that was already evident by her essays and poetry printed in the school paper. We weren’t close; we didn’t even know each other that well. I may have run into Mary in the cafeteria a few times and had a cup of coffee or a sandwich with her. But maybe just seeing her name was enough to take me back to Mrs. Olmark’s classroom with its tall ceilings, oak walls, the enormous blackboard and Mrs. Olmark holding a candle while she intones Lady Macbeth’s bloody hands soliloquy. Maybe it was all part of my history that caused the extra beat.

Reading Obits written for those we’ve known and lost touch with over the years can feel like running a reel of old film footage from another era. The pictures often appear grainy. On the other hand when I read an Obit for someone whose funeral I attended, I sometimes identify with the deceased and recall the memorial ceremony. Memorial services interest me.

For myself, I definitely want to be cremated so neither of my children has to feel guilty, as I do, since I no longer make my annual trip from New York to Milwaukee to visit my parents’ graves. At my memorial service, I’d like a friend to say something personal about me, not the usual, “She was a good mother, a good wife, she was very charitable.” Most eulogies delivered at those services have always struck me as too abstract; the words catch the surface, they rarely portray the characteristics of the person. I’d also like to have a bit of humor to the thing. Too often, it seems to me, a eulogy is given with the purpose of inducing copious tears.

Is imagining my name on the Obit page a preoccupation with death, my way of preparing for the inevitable? I have friends who wouldn’t think of reading an Obituary column unless a relative died. Is it merely disinterest, or because they are protectin themselves against their own fear of the inevitable? Or, on the other hand, is there possibly a quality or morbidity that draws me to the column?

I do think of death. My age, eighty---that number is so hard to write. Is doesn’t really have anything to do with me. It’s so old. But, of course, it does have something to do with me. I’m conflicted about my age, but who isn’t? My friend Eleanor, who is eighty-four, a handsome and fashionable woman, keeps busy, as if she’s much younger than her actual age, volunteering two days a week tutoring English to recently arrived immigrants. She also still entertains friends for dinners where the conversation sparkles with wit and intelligence. But during a recent lunch with Eleanor and a young friend, Gayle, who is only fifty five, Eleanor mentioned that her fur cost was twelve years old and ragged, but at her age it seemed stupid to replace it. Gayle responded sharply.

“What difference does it make? You can afford it. And what if you wear it for six years or three years or ten if you’ve enjoyed it?”

I was stunned. Who cares how long it lasts or how long you live to wear it? Such a philosophy had never occurred to me. I went home and ordered new living room curtains and carpet for my bedroom that I had hesitated for months about buying. I may not need a needle-point pillow on my sofa or an evening bag that I carry once a year, but if something appeals to me now, I buy it. Still, the thought invariably goes through my head, “My God, maybe you have five more years, what do you need it for?” Then I remember Gayle’s words and say to myself – “What the hell; I”ll have it.”

No, I may be conflicted about my age but it’s not fear of being dead that draws me to the Obit page. In truth, I don’t want to live forever. I’m not interested in interplanetary subway stations or whatever will come after the computer age. Sure, I’d like to know that the Mets will someday get into the playoffs and win the World Series, but the world of the future?

I wonder if others who have lived as long as I experience this kind of fatigue; not too tired to take a long walk in the park, to see friends or to read, if any of those are their passions, but more of a lingering sort of world-weariness. Perhaps it’s because my idealism is sorely diminished.

When that old canard comes up, “If you could live your life over, would you want to,” I think, sure, if I could have the knowledge and experience from birth that I have at eighty. But if living the same life over, (even with memories of the joyful moments), means I’d have to make all the same mistakes, suffer all the same miseries again, it seems like pure idiocy to me.

Yet, when the question comes up in a group, as occasionally it does, as a sort of, would-you-like-to-live-again “throw away” remark, the response from others, more often than not, is “I sure would; I’ll take life anyway I can get it.”

Again, in truth, there are moments, after I’ve read the obit page, when I turn to the news and I read about the preservation of stem cells, and the research in preventative medicine, or the generosity and idealism of those young people who hammer and saw to build habitats for humanity, or I watch the first graders wearing their tiny back packs walking home from a nearby school, when I forget that I’m weary of being around, then with pleasure I do get on with my life.

In the end, I comfort myself with the thought that I’m not an unnaturally morbid person but only a person facing a limited future who, as a matter of reflex, without too much thought, opens the paper to the obit page. Maybe, in the end, more than anything else, what that page is (with its grainy black and white photos, dates of birth and death), is an odd sort of newsletter for people of my vintage.